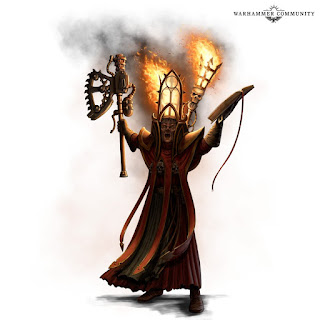 Cawdor is the biggest clan house on Necromunda. Built around a unifying faith in the God-Emperor, every hive city and wasteland settlement is swarming with millions of faithful Cawdors. Normally, they’re little more than bonepickers and scavengers, so we don’t have to keep too close an eye on them – but like every other clan house, they can still cause us big issues. And then there are the Redemptionists. 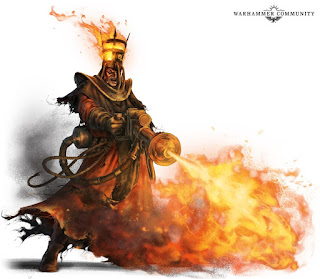 Now, Helmawr doesn’t mind Cawdor worshipping the God-Emperor, but he draws the line at the fire and fury of the Redemptionists, which is why he petitioned the Ecclesiarchy to declare them a subversive cult. We don’t get paid enough to worry about theology, but if Helmawr says they’re outlawed, then we go and crack heads.
The Redemptionists are really easy to identify – they’re the ones with the fire, a LOT of fire, some of them are even ON fire. This pict has already been sent around the precinct, but take another look now. 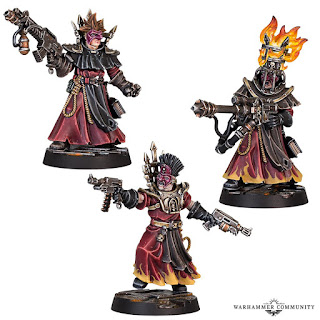 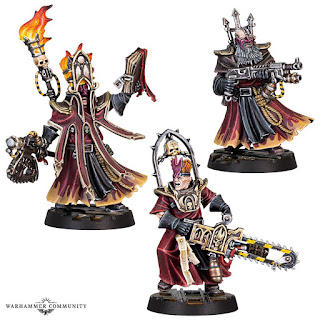 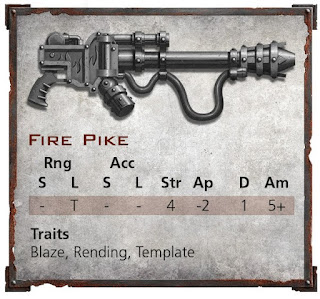 We’re also getting the lowdown on a particularly nasty character called Klovis the Redeemer. Apparently, he was a noble of House Cawdor but turned his back on the opportunity to become Thane, and now he’s the most fanatical of all of the Red. 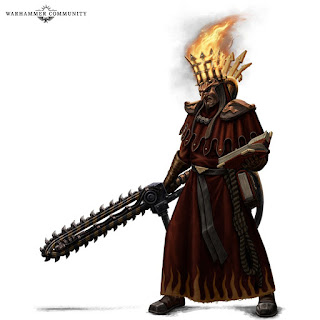