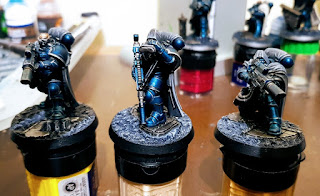 An Eliminator squad for my Primaris produced from Alpha Legion gene seed. Literally just finished the first squad, second is underway.
The background on these is that they take to the field under very careful watch of grizzled Ultramarine Firstborn veterans (I field a mix of Primaris and First born and use Ultramarine chapter tactics). I have been painting and collecting first-born Ultramarines for some time, hence for my small (but growing) Primaris army I wanted to do something a bit different, but still linked to my collection.
The Primaris are un-badged as Imperial high-command is yet to accept them as loyalists (and they can't have the Alpha Legion symbol as other loyalists would shoot them on sight). Who knows if these Alpha Legion primaris are actually loyal or not...
Also attached are the last few Ultramarines I pained.
All the best, Luke 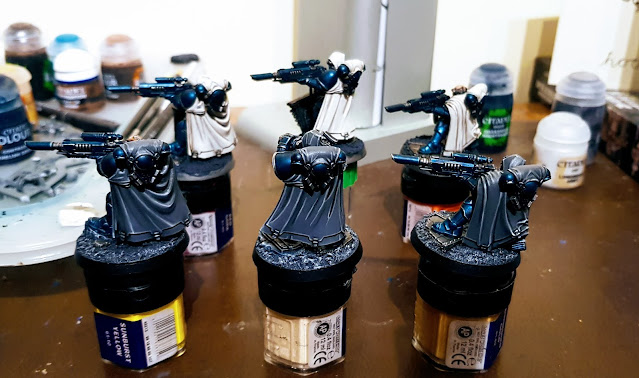 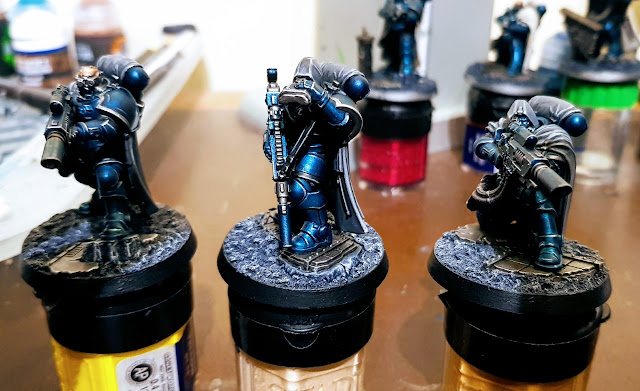 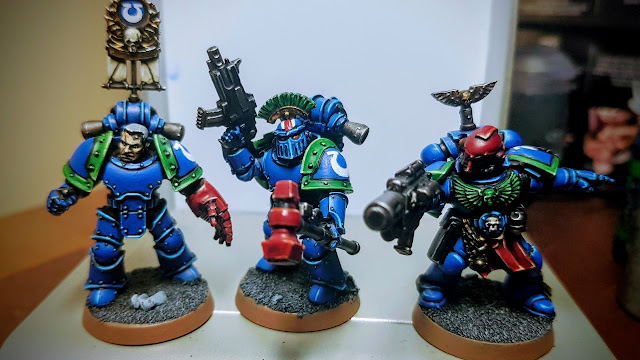