Home » »Unlabelled » What's On Your Table: Slash-Cannoness and Swords of Calth

What's On Your Table: Slash-Cannoness and Swords of Calth

What's On Your Table- Submit what is on your hobby table
Up to 8 images or a short video to show what you have on your table to natfka@live.com
Bit of a mixed bag here :
1) I've had a conversion in mind for a Slash-Cannoness for my Order of the Bloody Rose, so finally put her together. A bit of serendipity occurred in that I had a spare backpack from the SoB Army Box Repentia Superior where the direction of the flames matched the direction of the Sister Palos models robes and the flames on the base. Looking forward to painting this one...
2) Really enjoyed reading Swords of Calth and had picked up a few of the Uriel Ventris model, and had two ideas come to mind: first to model Uriel wearing a crested helm in the same style as I, Cato Sicarius, so did a bit of light conversion work, then decided to kit-bash his command squad out of Primaris models (shout out to Red Warden Miniatures for their 3d STL of the Ultramarines 4th Company banner, and Proteus Modelling for printing me up a bunch at a more than reasonable price) which in turn lead to knocking out a few infantry squads. Mainly Primaris, but had some spare Space Marine Heroes to build a Tactical Squad out of. Two decisions I'm sticking to though - As I'd already built Guilleman with a helmet I figured I'd lean into it and have all of this force wearing helmets, and getting old-school Officers & Sgts get back banners. And handily that gave me an excuse to use the Ironclad Dread that had been sitting in the Big Box of Astartes. In terms of painting, I've been watching a lot of Warhipsters Contrast+ videos on
Youtube and really liked his approach to painting Ultramarines. I've some ideas to give it my own spin, but looking forward to getting to it...
-Dawfydd 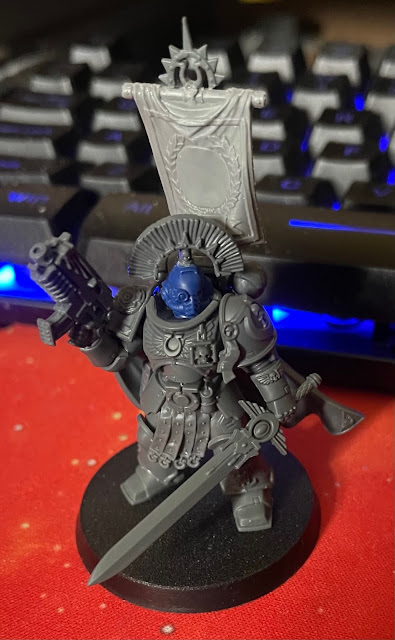 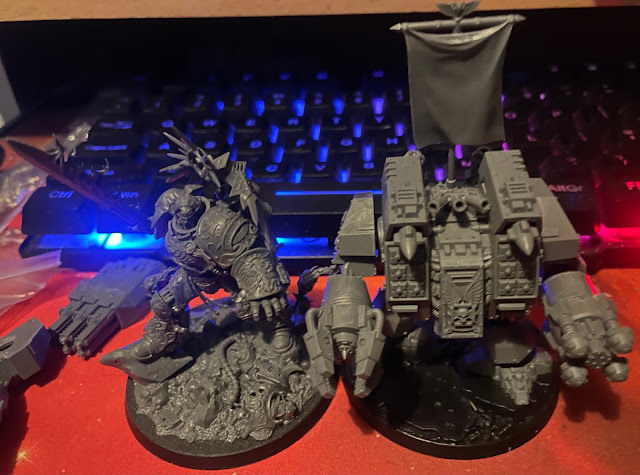 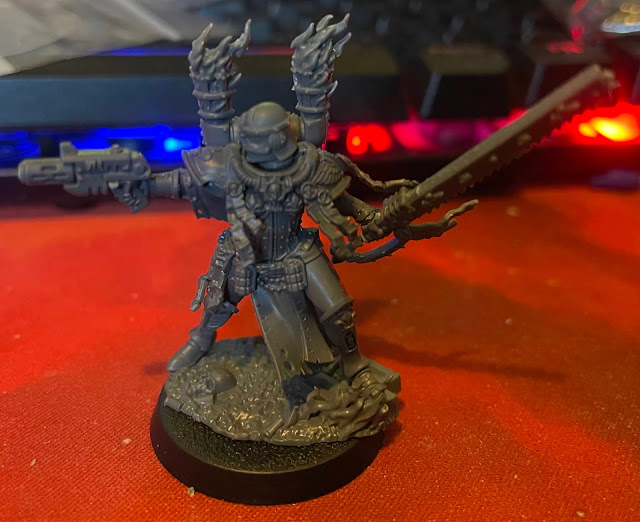