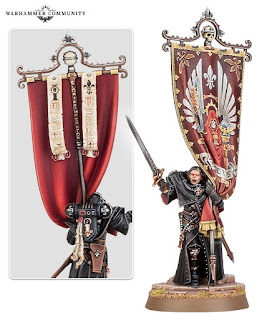 Seriously, a banner? That seems like a bit of a let down for a reveal, but lets take a look at it. Im certain there is redemption here.

The Sister known as Aestred Thurga has dedicated her life to the protection of one relic above all others, the wonderfully named Auto-Tapestry of the Emperor’s Judgement. Weaved across the lifespans of five Canonesses and thrumming with the holy power of the Emperor’s gaze, the Auto-Tapestry (and its indomitable custodian) can be found in the records of some of the bloodiest battles the Adepta Sororitas have ever faced. 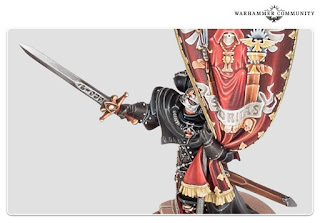 The position of Reliquant at Arms is typically given to long-standing members of the Orders Pronatus, the holy protectors and reclaimers of the thousands of artefacts coveted by the Adepta Sororitas. They are skilled both in the care and restoration of ancient relics, as well as the destruction of those who would do them harm – so it’s definitely handy to have one around when a crusade is calling.