The Fallen- A Preview of May's White Dwarf 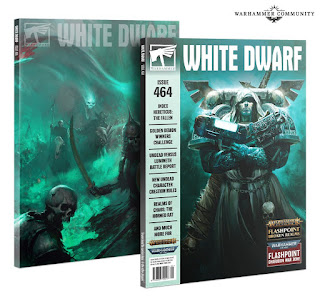 The Fallen have their own Index Hereticus in May's White Dwarf and is an issue that I think many people will want to head out and pick up.
Contents via WarCom
https://www.warhammer-community.com/2021/04/30/learn-the-secrets-of-the-fallen-in-mays-issue-of-white-dwarf/ 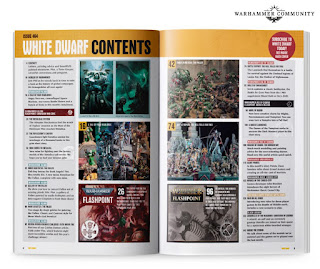 The Dark Angels Chapter and their successors refer to themselves as the Unforgiven for a reason. Anyone who’s read their codex supplement will no doubt be familiar with the events that led up to the Dark Angels, ahem, exchanging their home world for a rock, and how their Primarch was lost in the act.
Yet what became of the renegades who sided with Luthor, the conflict’s architect, and who were responsible for tearing the First Legion in two? Well, Index Hereticus: The Fallen is here to answer that burning question – and many more besides.
But it’s not just about the lore (fascinating though it is – especially in the case of the Fallen). You can also look forward to rules for a Fallen Angels Specialist Detachment, enabling you to field a bespoke formation of these enigmatic black-armoured renegades, and providing them with Stratagems and even a Relic too. 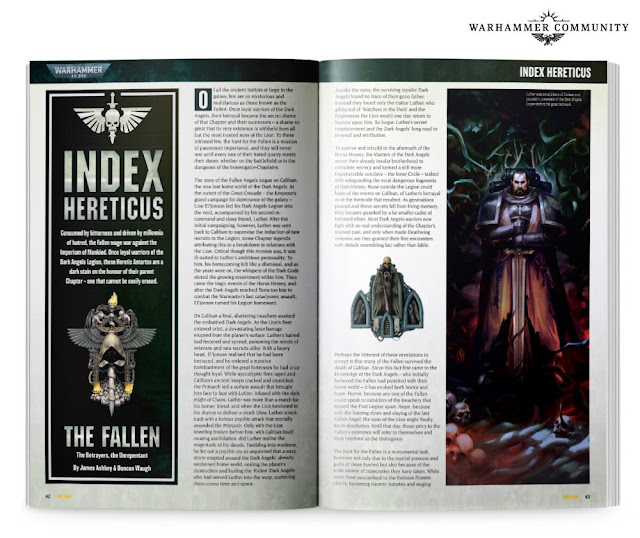 If you like the idea of creating your own characters then you’re in luck, as Anvil of Blood provides you with guidelines to do just that for a Necromancer, Wight King, and your choice of Martial or Arcane Vampire Lord. With all the incredible new Soulblight miniatures that have made an appearance of late – such as the four members of the Crimson Court from Warhammer Underworlds – now’s the time to create the Vampire of your dreams to lead your Gravelords army to victory.
You also receive a number of destiny points which you can spend on adding nuanced skills, upgrades, and equipment, and you can even accompany your deathly lord of choice with a bestial companion, or mount them atop a monstrous or esoteric steed. Seriously, you won’t believe the number of options available to you – it’s awesome. 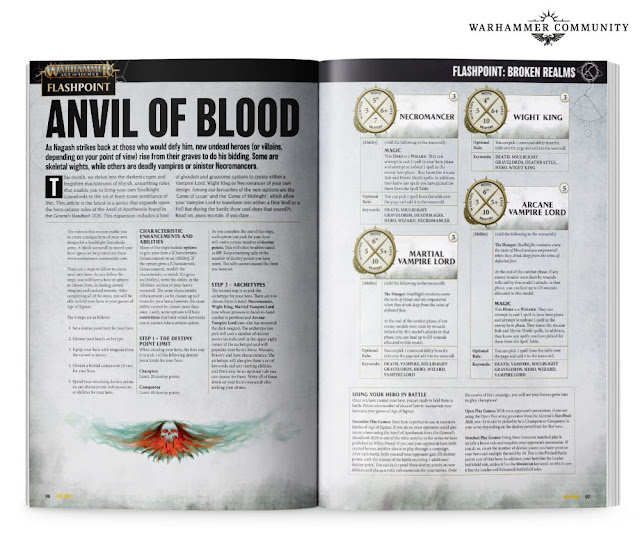 War on All Sides

If you’ve ever wanted to try a three-player version of the Middle-earth Strategy Battle Game but have been unsure how it would interact with certain aspects of the rules such as Priority, Heroic Actions, shooting into combat, and three-way combats, the Valar have heard your prayers – as well as providing guidelines on how to resolve these issues and more. 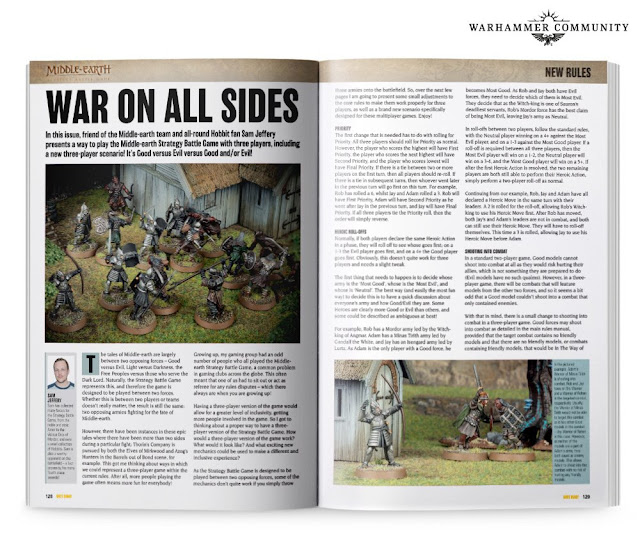