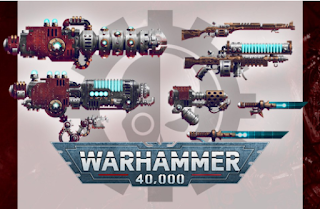 Galvanic Weapons
The galvanic rifles and carbines carried by Skitarii may look like antique flintlock weapons from eras past, but this design choice masks some serious tech, which utilises electricity to burn targets alive from the inside out. At least they’ll die knowing they were killed by beautifully made guns. 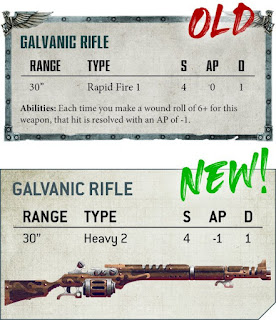 Arc Weapons
Arc weapons fire coruscating, well, arcs of electricity across the battlefield, frying opponents alive and messing with the systems of vehicles as holy energy courses through them. Just think loud zaps and the smell of burnt metal (and flesh and hair… eww). 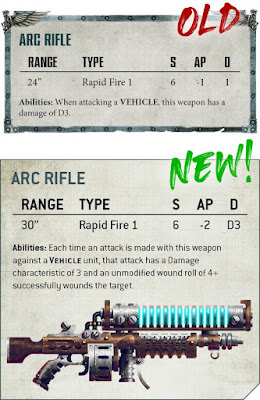 The melee versions of arc weapons also get the new benefits against vehicles, giving your Kataphron Breachers a punch that will be sure to charge up your force. These aren’t the only close combat weapons to get a boost either. Transonic blades and transonic razors now scythe through armour with wild abandon, having gone to AP -3 for blades and AP -2 for razors.

Cognis Weapons
Cognis weapons are outwardly similar to those used by other Imperial forces, but through secret rites and prayer, their machine spirits have been permanently awakened with a thirst for war.
The new codex represents this by making cognis weapons improvements that suit their eager machine spirits. Flamers? More shots, plus the same range increase as other flamers. Autocannons? More shots. Heavy stubbers? You guessed it – more shots. After all, when in doubt, just fire more shots. 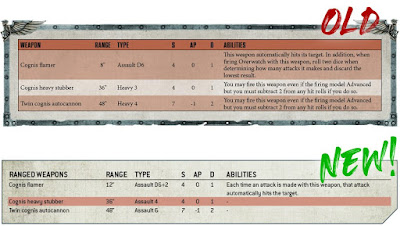 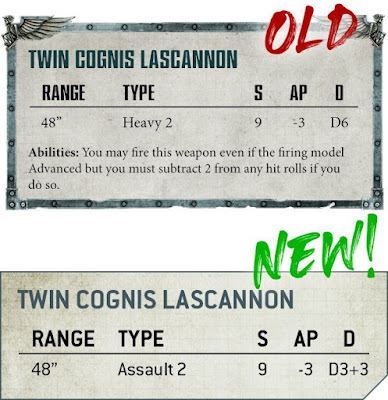