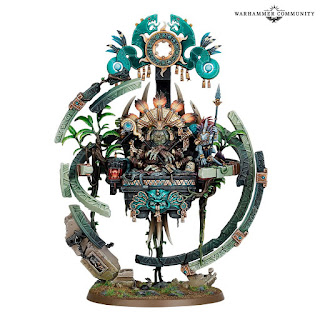 Impressive model inbound if you are a fan favorite of the Slann.

Lord Kroak is a legendary Starmaster who floats into battle on a mystical palanquin. His body is ancient and mummified, but his mind and spirit make him the most potent of all slann. 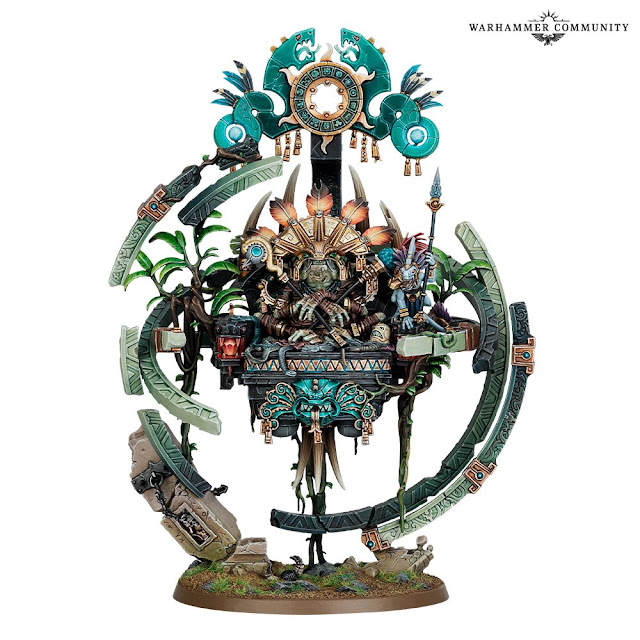 This magnificent model reflects Lord Kroak’s standing as one of the strongest Wizards in all the Mortal Realms.

The events of the Broken Realms are so cataclysmic that they threaten the Great Plan of the slann, and Lord Kroak is roused from his contemplation to intervene directly.
Even after all this time, Kroak only seems to have grown in power. This is represented in your games with a new warscroll – but you’ll have to wait a little longer before we can tell you more than that. 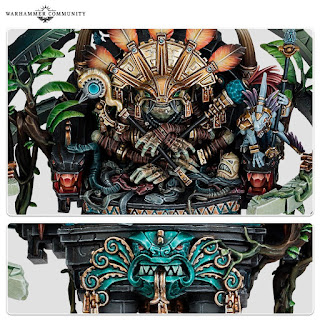 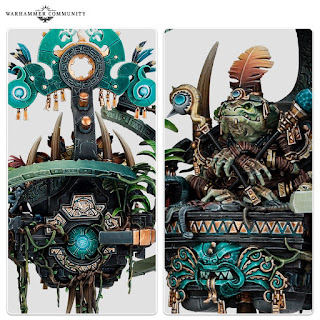 There are lots of familiar design cues for fans of the classic model, like the ivory horns and trailing vines on his palanquin – and there are plenty of new details to take in as well. The broken rings surrounding the entire model allow it to appear to hover without a clear stand and to recall the crowning detail of the Realmshaper Engine at the same time.
4/12/2021
Natfka
Age of Sigmar, Lord Kroak