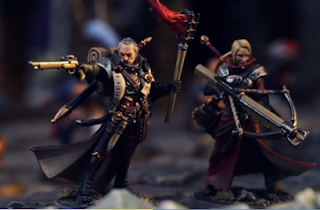 New Warhammer miniatures are being featured this month and the first are a Witch Hunting father and daughter duo.
via WarCom
https://www.warhammer-community.com/2021/04/05/this-dad-and-daughter-duo-just-love-hunting-witches-together/

Warhammer Age of Sigmar fans rejoice! Every week this month, we’re showcasing a new miniature set to star in an upcoming Broken Realms book. What’s more, we’re kicking things off this week with a double-whammy – a father-and-daughter combo hailing from the witch-hunting Order of Azyr.
First up, meet Galen ven Denst, an uncompromising new Hero who’s joining the ranks of the Cities of Sigmar in the near future. 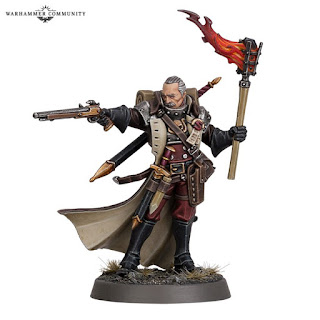 This veteran witch hunter has seen hundreds of witches, heretics, and living dead burned at the stake during his illustrious career. Armed with a holy pistol and his trusty rune-etched broadsword, Galen ven Denst can slay the vilest creatures and even banish endless spells with a determined strike from his blessed weapons. He may be long in the tooth but, make no mistake, nothing gets between this grim huntsman and his quarry.
In recent years, Galen ven Denst rarely works alone – he’s often accompanied by his fellow witch hunter, who also happens to be his daughter, Doralia ven Denst. 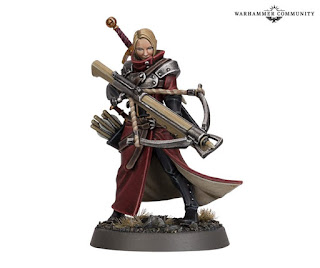 Unlike her father, who prefers to look his prey in the eye as he slays them, Doralia hunts primarily with her enormous crossbow. Its consecrated bolts hit with murderous power, and Doralia is rightly feared for her unerring accuracy with her weapon of choice.
However, more than one of her would-be killers made the error of thinking she can’t also handle a blade and found themselves disembowelled or bereft of a head. 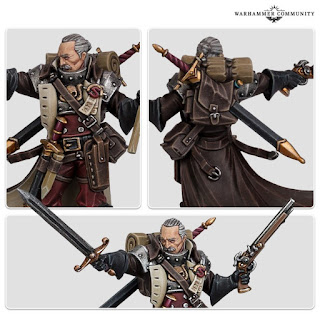 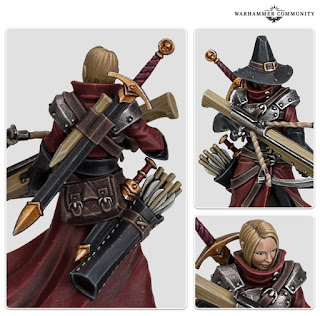 So far, Morathi and Teclis have each had their own book in the Broken Realms series, with Be’lakor and Kragnos on the way too. Every instalment in the saga introduces a momentous new chapter in the history of the Mortal Realms, so you don’t want to miss any of them.