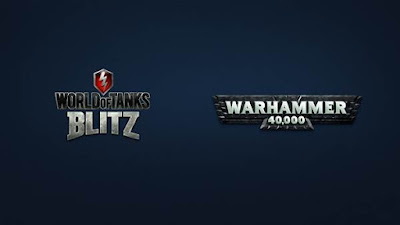 No real date on this, but the idea of Land Raiders and other 40k tanks hitting the battlerfield looks like its coming to reality. Here is the latest collaboration that seeks to bring Warhammer 40,000 to the battlefield.

via World of Tanks
https://wotblitz.com/en/news/pc-browser/news/warhammer-40000/
For the Emperor! In Blitz!

The collaboration of these warlike universes was just a matter of time, and now the time has come!

«For over 30 years, Warhammer 40,000 has grown into one of the world's best known science fantasy universes, featuring a huge variety of devastating war machines. The opportunity to combine 40,000 with the amazing game that Wargaming has created opens up a world of exciting possibilities for fans of both,” said Jon Gillard, Head of Licensing at Games Workshop. “We can't wait for all of them to join us behind the controls of the exclusive content that we’ve prepared together».

Warhammer 40k began as a tabletop miniature wargame produced by Games Workshop, set in a dystopian science fantasy universe. Over the years, the universe has expanded to video games, novels, comics and more, garnering a huge following around the globe.

«World of Tanks Blitz has brought lots of stunning collaborations in the past,” said Andrey Ryabovol, World of Tanks Blitz Publishing Product Director at Wargaming. “Warhammer 40,000 has such a rich universe, which opens up new ways to bring each of our worlds together. World of Tanks Bltiz is a game that revels in the fact it can create a place where real and alternative histories clash on the battlefield to delight its community. We’re really excited to unveil what we have in store, so our players can look forward to some exciting news soon».

World of Tanks Blitz will soon be visited by monstrous and unforgettable inhabitants of the Warhammer 40,000 universe, and the rage of battles will heat up!
8/16/2017
Natfka
Video Games, Warhammer 40k