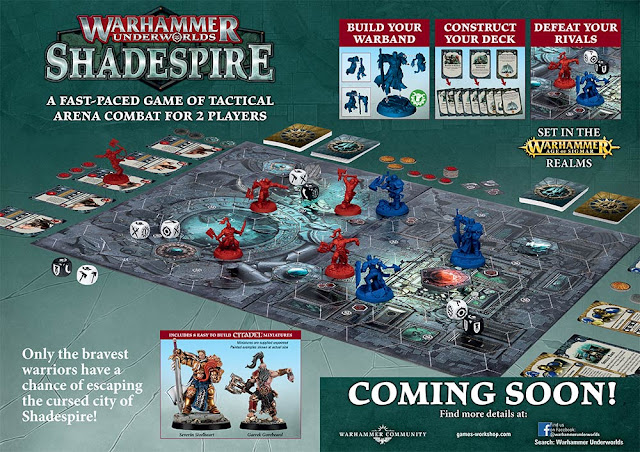 Shadespire is the latest thing going on right now for Warhammer. It was in demo mode through
GenCon and the Warhammer Community has some previews for us.

While we can’t demo the game with every single one of you (there’s only so many of us, and so many hours in the day!) we can give you the next best thing, with some new insights into how the game works from what we’ve shown off so far:

The first thing you’ll notice is the dice! Gone is the D6 familiar to Warhammer players around the world; instead there are special custom dice for attacking and defending. Most of a fighter’s stats and abilities are fixed, so while there’s an element of chance with these combat dice, much of the time you’ll have to rely on your cunning rather than luck to win your games. 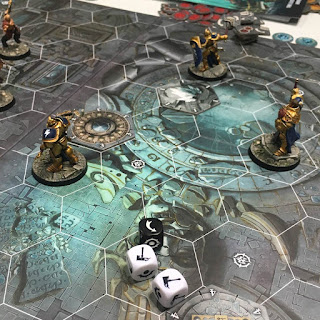 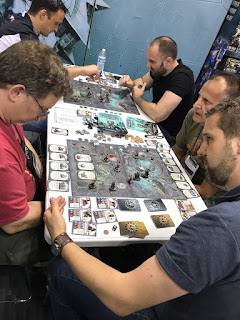 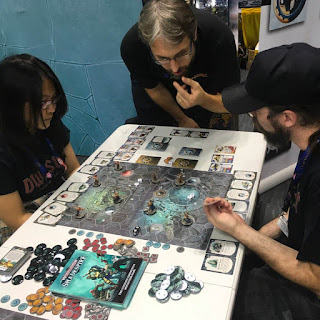 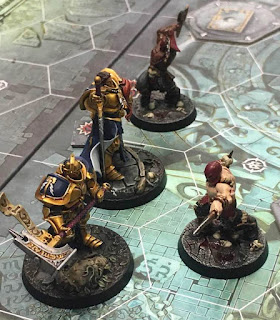 As you can see, while the game takes place on the board, each player has access to a couple of decks of cards, as well as fighter cards to keep track of each of their warriors during the game. The first deck is objectives – these range from holding a specific marker to killing all enemy fighters (or, for the Khorne player, losing some of their own in a blaze of glory). The second deck is made up of powers, upgrades and cunning ruses that can take effect during the game – some may allow you to swap the positions of fighters, while others can upgrade their weapons and wargear. These decks can be customised – one player, for example, may want to field their Stormcast Eternals as a defensive force designed to hold objectives, while another could focus on annihilating the foe with aggressive objectives and ability cards. 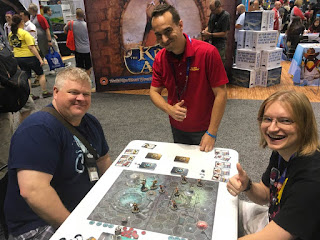 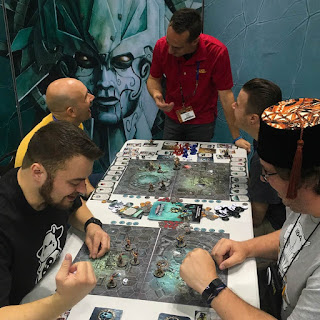 The gameboard itself is made up of hexes – no tape measures here! This is designed to make setup and play as easy and as precise as possible – each fighter has their own movement stat, and positioning is vitally important to victory. One of the fun features of Shadespire is that your side of the board is as much a tactical choice as your deck – when participating in competitive events, you can bring along any of the boards and deploy which one you like – a Khorne player, for instance, may want to use a board that allows them to deploy their fighters as aggressively as possible.

Finally, while we’ve already taken a look at the warbands available in the Shadespire box, they’re worth another look. These beautiful Easy-To-Build models can be quickly assembled straight off their frames, and are even cast in coloured plastic to make it easy to get gaming as soon as possible. Even so, you’ll still be able to paint your warband and use the models in your games of Warhammer Age of Sigmar, and each miniature is distinctive and characterful. 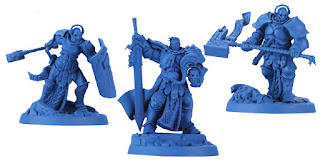 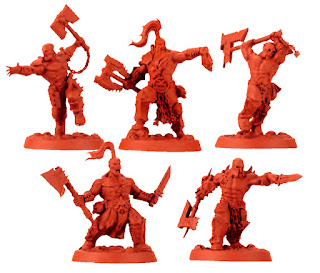 If you want to try Shadespire for yourself, you won’t have to wait long – the Warhammer Underworlds: Shadespire core box will be available to order next month, with the first of the warband expansions on shelves in November. In the meantime, we’ll be keeping you up to date with the latest news, insights and more right here on Warhammer Community.