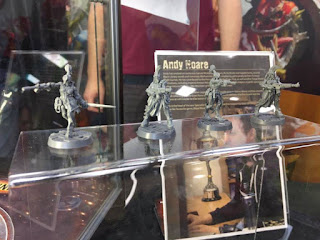 More on Necromunda through Lady Atia 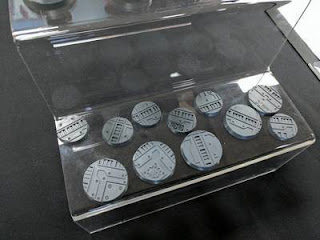 via Lady Atia on War of Sigmar
https://war-of-sigmar.herokuapp.com/bloggings/2318
- Necromunda is next (surprise surprise!). Full plastic support. First two gangs maybe end of this year! They will make all old gangs.
- Adeptus Titanicus sometimes next year.
- Battlefleet Heresy after that (surprise, surprise). New scale.

"We have an info dump of information for you from speaking to the amazing Specialist Games veteran designer Andy Hoare at The Forge World Open Day 2017.

So we are broadly looking at a game based on the 8th Edition 40k mechanics, but tailored to skirmish warfare. We see the edition of Action Points, that can be used to active gangers in a similar way to how Space Hulk works. Different actions will cost different points, such as activating a Heavy will cost two Action Points, whereas your run of the mill Ganger will cost only one.

We are looking at a release schedule much like BloodBlowl, this is the ‘Preview’, launch of the initial box set will follow in the same sort of timescale as from when BloodBowl was ‘Previewed’ then launched.

The box itself will contain the Escher and Goliath gangers we have seen already, the rules, accoutrements and most likely Shadow War terrain. The Specialist Games studio do not have the resources to produce terrain solely for Necromunda, so they are trail blazing the Shadow War release with all the cool terrain that was released with that boxed set, and subsequently in individual kits until present. The rules will allow for play in the way we are used to on gangways, ramps and gantries, but also in tunnels making use of the Zone Mortalis tiles available from Forge World.

We will see all the gangs from Hive Primus return, along with the gangs from Outlanders and Fanatic. We will also see new gangs and some expansion of the fluff on Necromunda.

HIVE SECONDUS was written about in the Fanatic days, a Hive overrun by Genstealer cult, nuked by the Necromunda Defence Forces to rid the planet of the infestation. However, the hive toppled on its side with most of the Cultists surviving resulting in the Defence Forces building a large trench system in the surrounding Ash Wastes to isolate the remains of the Hive from the rest f the planet. It is hinted we will be visiting this intreaging story in the future! "
8/13/2017
Natfka
Necromunda