"Updated With a Response" The 5 8th Edition Codices 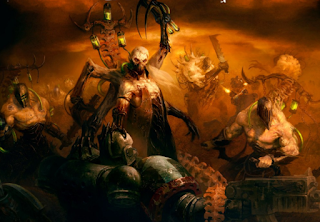 Updated: From very solid sources we can gather that this rumor is mostly false. Close, but not accurate.


Our sources here on Faeit 212 responded with the following
"Those aren't codices. But they are close to what actually will be released. Primaris, as GW said today, aren't their own faction. "

More rumors are out regarding the 5 codexes we will see released for 8th Edition. This one is rated rather high from the Salty Wargaming site, but still consider this a rumor.