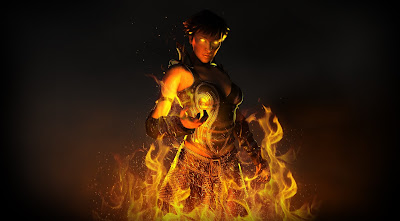 The Genesys Project has a big update that I just submitted an hour or so ago, which should hit the Genesys site by tomorrow. The new version of the game is v3.1. So starting tomorrow if you have v3.1 for any of the books (pdfs) you have the current version.

One of the biggest updates are the new powers found in the Fey Apocryphōrum. The Fey are getting (if I counted them correctly) 66 new powers added to their Spheres of Influence. This gives a huge update to the Fey, and balances them out with ranged powers. Some of the interesting things about these new powers for the Fey are


What does this mean?
Mortal Threshold: Powers are dangerous, and harnessing too much ravages the body, tearing it apart from its connection through the veil. Any die result from Powers higher than the models Mortal Threshold results in immediate death. The model may not be resurrected as the energies have torn apart the caster in a violent and spectacular way.... The Fey do not have this......

Modifications include......... remember that these can be done when you activate! unlike the other Life Domains, who have set powers, but can be created when you make your faction.
Casting Modifications
Instantaneous: +2 Difficulty (do not take up an action to cast) Instantaneous Spells do not allow for Channeling
Strength Modifications
• For each +1 Strength, increase the difficulty by 1
Range Modifiers
• For Each x1 Willpower multiplier, Increase the difficulty by 1
Duration Modifiers
• For each +1 Activations, increase the difficulty by 1. Self-targeted powers only*
* Self targeted powers may have their duration increased. Extended durations last through X activations. A power with a duration of 2 for example, would last through this activation (when it was cast), and the models next activation.

Difficulty....
Just a reminder... When you cast a Power, you simply roll a d6 and add your Willpower to it. If this equals or is higher than the difficulty, the power goes off and is successful. For mortals (non-Fey), a result over your mortal threshold kills you. As you can see the more powerful the Power is, the higher the difficulty. With most Willpowers starting at 2-3 before traits and abilities, you can see powers be a rather focused Unit Class build.

We will talk about the Powers soon, as each Path, whether it be Light, Darkness, or in the Twilight Realms