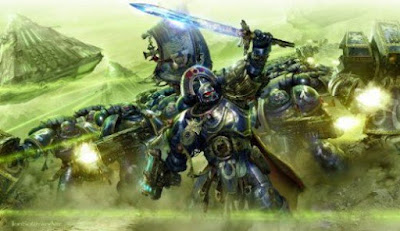 The Warhammer Community has been going over specific army factions for the new edition of Warhmmer 40,000 for several weeks,and it was time to put them all together with a compilation for easy access.

Astra Militarum
Wouldn’t it be awesome if some of those units you so rarely see like Scout Sentinels were suddenly not only good, but great? What if Bullgryns and Rough Riders were actually scary in combat?

Craftworld Eldar
Wouldn’t it be fun to see more of iconic units such as the Phoenix Lords and their Aspect Warriors? The Avatar of Khaine? Well, I am here to tell you that all of these units have their place on the tabletops of the new Warhammer 40,000.

Chaos Daemons
Your opponents will come to fear not just the big models though, as even your basic Horrors have the ability to lay low even the mightiest of enemies with their psychic might.

Tau
Well, let’s start with the biggest and baddest suit in their arsenal, the Stormsurge. This beast of a suit currently terrorises the tables and will continue to do so in the new Warhammer 40,000, albeit in different ways.

Drukhari (Dark Eldar)
They are like space pirates of the roughest sort mixed with a dash of maniacal arena combatants sprinkled with the bizarre and terrifying Haemonculus Covens.

Tyranids
Genestealers, who are the iconic Tyranid unit in my eyes, are absolutely lethal. Not only are they incredibly fast with an 8″ Move themselves, they can also charge after advancing. With their shiny new 5+ invulnerable save,
5/21/2017
Natfka
40k, 8th Edition, Warhammer 40k