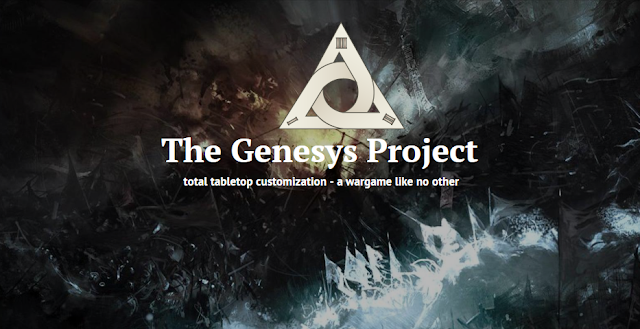 There are some huge updates coming for the Genesys Project. Its so big that its going to be impossible to list everything out. However, lets get a quick overview of what is going on, so that you can get prepared for these.


Not certain what we are talking about? The Genesys Project is a tabletop miniature game where customization is in your control as the player. Create your Species and Faction, give them the abilities you desire. Then design your unit classes, with custom weapons and powers to fill in the roles of how you want to play the game.

Finally take your forces to the tabletop and fight for your own advancement through missions that give your army new abilities, artifacts, and bonuses. Here you can play your faction from the 1st Age all the way through to the final 3rd Age of the game, creating your own backstory and future as you play.

Learn More here, and how to sign up for our open beta and join the hundreds of others around the world doing so now. http://www.thegenesysproject.com/

New Life Domain
The Reptilia are coming this week to join our Humanoid and Fey Domains. This is a completely new Life Domain with many new ways to create a faction for the Genesys Project. The Reptilia consist of Reptilian Lineages, drawing their ancestry back to the great Leviathan at the dawn of the Genesys Systems.

Again there are literally hundreads of combinations to build your Reptilia faction, new customizable weapons, Powers, and lots of new abilities not yet seen in the Genesys Project.

Lineages and Bloodlines are behind the different methods to build your Reptilia faction. The Reptilia Lineages include Dracon, Troglodyte, Saurien, Tuatara, Gargoyle, and Ophidian Lineages. 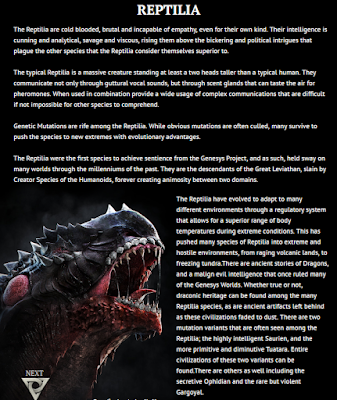 Innate powers, living stone, violent and fast combat, and dark powers are some of the things you will find in the new Reptilia. We will be doing featured articles on during the week, alternating with our next topic..... new Powers.


Fey Powers
New powers are a huge part of the updates, including 66 new powers added to the Fey Life Domain! Where the Fey were lacking....... (yea we knew this), ranged ability.... The Fey now hit you from a distance, change the landscape, and attack the enemy in multitudes of new ways. Imagine attacking the enemies morale, willpower, etc, with powers that are flexible enough to be altered in-game! The Fey have no mortal threshold and can literally increase the range, strength, are of effect, and duration of powers to fit their needs when activating!

It will be time to jump back into the Fey with new vigor, revealing just how powerful beings from outside of reality can be. 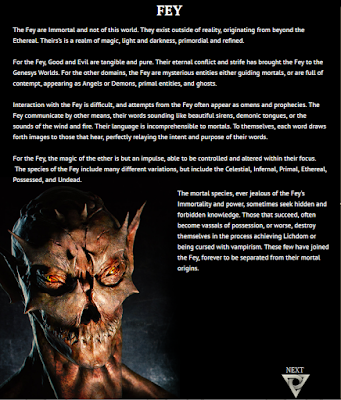 The Humanoids
The Humanoids are not left out of these updates. Powers have had a big update to them, changing how the Faith Powers are chosen, (with lots of new powers dependent upon the Spheres of Influence you worship). Also many new updates to traits to bring Arcane Powers up to date, and from lots of feedback from the playtesters out there sending in feedback.


The Core Rules
The Core Rules have not escaped unscathed either. New Morale, Template, Trample and new Ability updates are in. Quite a few rules have been updated bringing the rules clarity and balance.


I want to thank all the playtesters that have been sending us in feedback either directly or through the Genesys Project website. This feedback has been critical in bringing us to this point. The new version of the rules will be v3.1 for all the Domain and Core Rules books. Expect them available later this week.