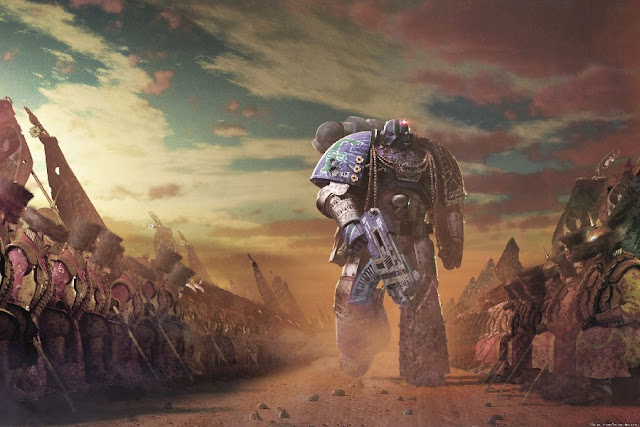 New from the Warhammer Community this morning is Missions. There are going to be 6 deployments rather than the three we had in 7th.

Experienced players will often tell you that it’s just as important to play the mission as to obliterate your enemy to secure victory, and that’s just as true now.

There are a lot of missions in the new Warhammer 40,000 book, which will give players hundreds of hours of variety.

The most basic mission, Only War, is flexible enough for any style of game. This mission works with armies of any size (though two that have comparable total power levels work best). This mission will be available as part of the free rules in the Warhammer 40,000 Battle Primer and, of course, in the new book itself. 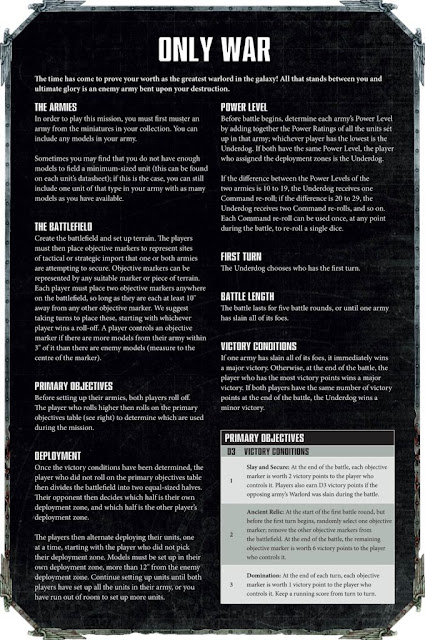 You can see that the mission is simple to set up, and the varying objective types still make it a variable game that will have a lot of replayability.

For those of you veteran players out there, you may be looking for something a bit more in depth. Fear not, for you will have plenty of options.

There are three open play missions that give a bit more variety to your games: Annihilation, Hold at All Costs and Death or Glory – each an archetypal mission fit for any collection.

Narrative play brings more options still, and the rules for these missions are a bit more in-depth. There are six of these in the book: Meat Grinder, Ambush, Patrol, Blitz, Sabotage and Rescue. Each comes with not just new mission rules, but three new Stratagems for the Attacker and three for the Defender, making these games quite distinct from a traditional game. Here are a few examples from the Sabotage mission: 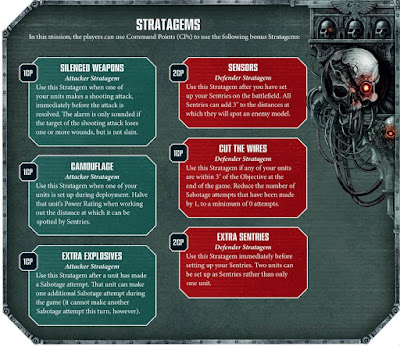 And of course, we have matched play. A lot of these missions will be familiar to players today. You still have your six Eternal War and six Maelstrom of War missions, but with a few tweaks since their last outing. One big change is we now have six deployment maps, rather than the three of today. Players of a certain vintage might recognise some of these from even older editions. 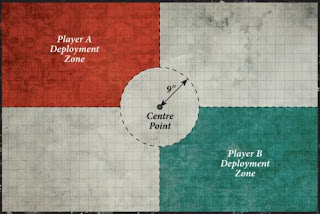 As well as some changes to the missions and maps, we also have changes to the objectives, particularly in Maelstrom of War. The objective deck has been re-done from the ground up while keeping the feel of that type of game, with its constantly changing and updated orders.

The biggest change in Maelstrom of War, though, might be this little addition: a new Stratagem that any army can use. 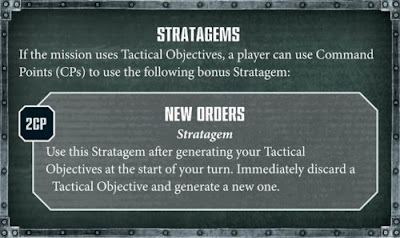 How often would this have come in handy in the past when fate dealt you a poor hand?
5/25/2017
Natfka
8th Edition, Warhammer 40k, Warhammer Community