Rumors for Adeptus Titanicus, Necromunda, and then Mordheim. 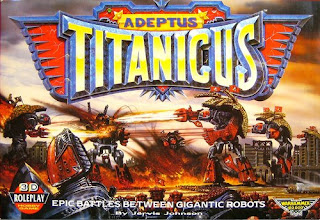 Three products coming early next year? This little rumor bit says so, and would be a lot of fun.

via anonymous sources on Faeit 212
I was at GW HQ, talking to one of the management. adeptus
titanicus is on the way soon. he said they are looking at necromunda or
mordheim after that.