What's On Your Table: Shaltari Battleship and Fleet 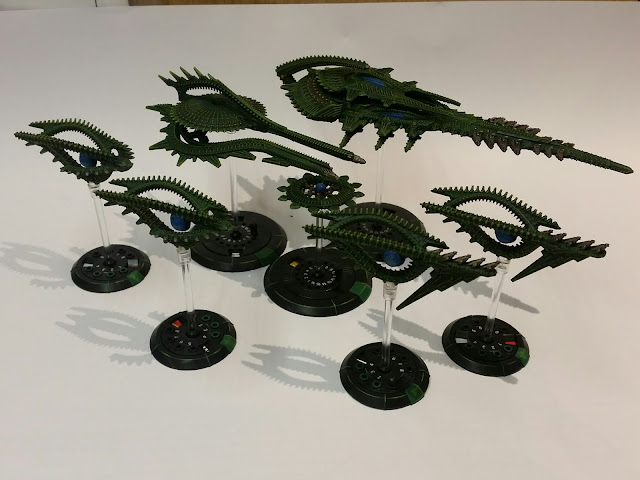 While I am a big fan of 40k I am also a big fan of Dropzone and the new Dropfleet by hawkwargames.
Dropzone is not only one of the most well balanced games I have played but also some of the best miniatures about.
While I have not yet had the pleasure of getting my Dropfleet Kickstarter at this time (14-12-16) a friend who has gotten there’s gave me his spare Shaltari ships and I have gotten myself a battleship in the meantime as well. I was also lucky enough to get a space station sprue in a gift bag when I visited the hawk open day back in September.

We have had a few basic games to get the hang of the basic combat system and glad I have had the opportunity to do so before building any more ships.
My first impressions is again well balanced factions and really nice miniatures and I am looking forward to getting the my Kickstarter soon….ish.

All stages might require more than one application but it is rather quick and good for doing on mutable ships in one sitting.

Anyway hope that helps give you some inspiration and look forward to seeing what you all create. 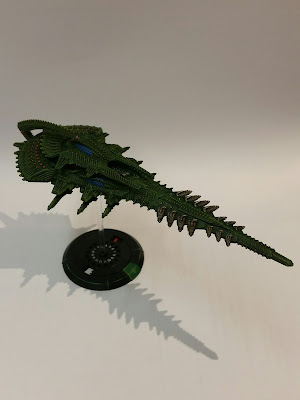 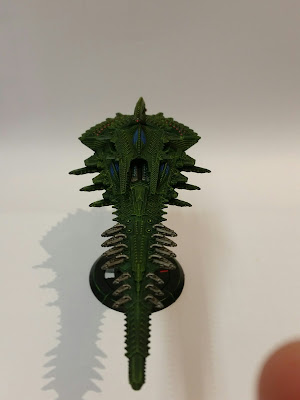 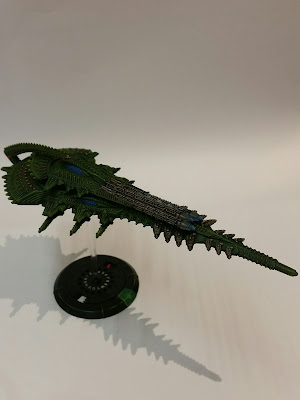 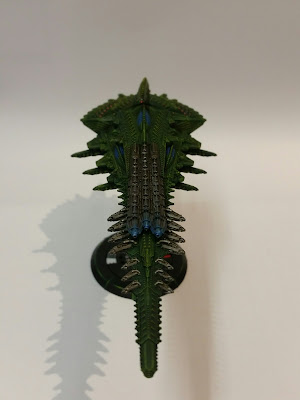 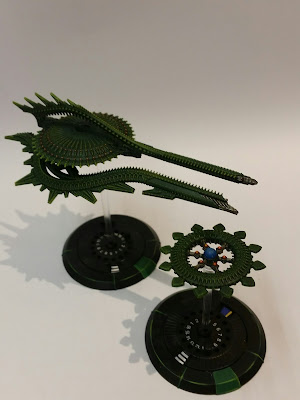 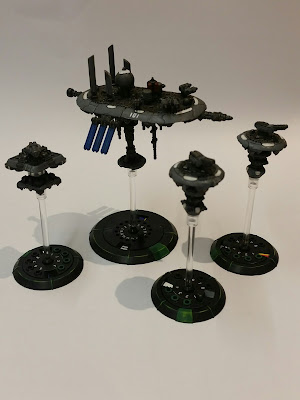