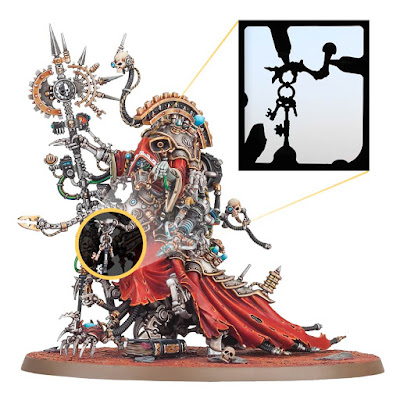 The Warhammer Community has revealed all the previous Rumor Teasers this morning!!! How good were your guesses?


via Warhammer Community
https://www.warhammer-community.com/2016/12/21/rumour-engine-december-21st/
Having been doling out sneak peeks on our Twitch channel the last few days, we are fresh out of rumours today. However, we thought it’d be good to let you know that some of Rumour Engine images we’ve already shown you have now been fully revealed.

You may recognise this magical orb from a post a few weeks back, so if you guessed that it was part of a Tzeentchian disc – give yourself a pat on the back. If you somehow guessed it belonged to a Tzaangor Enlightened, you are surely marked by Tzeentch. 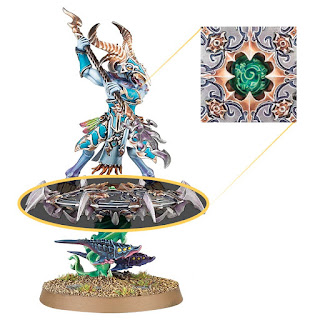 There was more than one glimpse of Tzeentch revealed by the Rumour Engine, and this staff from a Tzaangor Shaman featured in our second post several weeks ago. 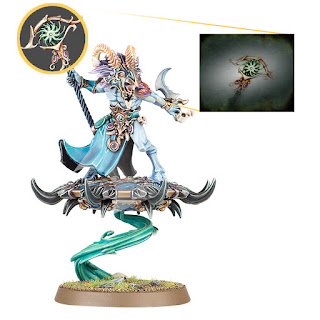 A few of the keen-eyed among you noticed the similarities between this bit of sprue we showed you and the Tech-Priest Dominus kit, which is not entirely off the mark, and to be fair, who* could have expected the ancient Belasarius Cawl? 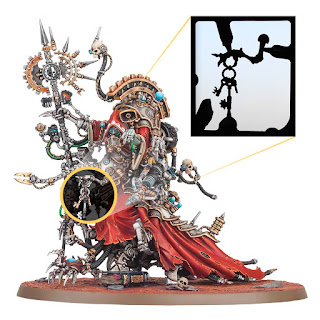 Check back next week to see more snippets of the future!