Rumors on the First Primarch of 2017, An Eldar Combo Boxset and Exodites? 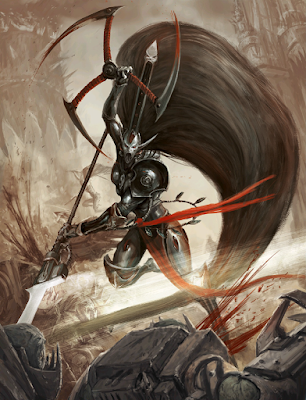 This rumor dives into several things we have already heard in that there are no Sisters for awhile and that the first loyal primarch will be Roboute. check out the latest rumors.

Well, I was having beers with my GW source the other night and the topic got onto the Fall of Cadia and the coming story arcs and releases. He claims to know out to mid-2017 what is going to happen, but obviously needs to remain tight lipped. I did get the following tidbits though:


That's all he could say. Discuss away. He's a very good source who gave me the Imp Agents + Traitor Legion info a few weeks back, so I have very good confidence that his info is legit.

Edit: A lot of speculation in the last few hours is leaning towards Dorn being woken in Trazyn's collection noting the presence of Imp Fists and Black Templars. This is purely speculation, but has anyone thought of Sigismund? The lore says that Sigismund went hunting for Abaddon after the Battle for Terra and was never see again....this is purely speculation on my behalf, but it would certainly tie-in the choice of the Black Templars/Imp Fist matchup on Cadia, wouldn't it?
12/30/2016
Natfka
40k, Adeptas Sororitas, Dark Eldar, Eldar, Gaming News Headlines, News Headlines, Sisters of Battle, Warhammer 40k