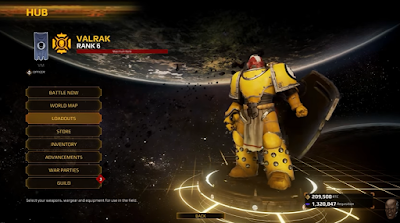 New updates for the Eternal Crusade!


Here are some of the main things:
PVE HORDE MODE - New game mode with 3 new maps and various general AI improvements. I hear it's a 5% chance so far of winning 3 on Hard.

MEGA VETERANS - We reworked both their purpose, rules and looks. A pre-cursor to incoming elites aka Burning Dude and Angry Eldar.

VISUAL CUSTOMIZATION - A long with a lot of new visuals added, there are now bundles which give you a 40% discount. If you have something in it already, you do not pay for it in the bundle.

MAP & CAMPAIGNS - Map improvements as well as scaling up of core systems allowing Campaigns to start (and other systems improving on the backend performance).