The Genesys Project Newsletter and Updates 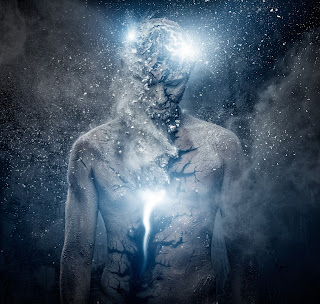 Its been silent a little while, but by no means quiet on the Genesys Project front. Significant work is being done to prepare a release for the 2nd Age Humanoids Primarius, and is currently on schedule to be released January 1st to open beta testing.

To sign up for the Open Beta and get your own free product key, head on over to
http://www.thegenesysproject.com/

The Create a Faction contest is still currently being evaluated, and several selected factions being tested in house for how they will work in a Starter Set" application. There were many wonderful factions created, and Im still amazed by how well the community did on this. Over the next day or so, expect to see a post up on this, as we are going to be asking for a Community favorite vote. This will help on the final decision.

Lots more coming, and expect to start seeing some fun new 2nd Age game mechanics, including vehicle and weapon design, info on the Doomsday Clock, and many more details. 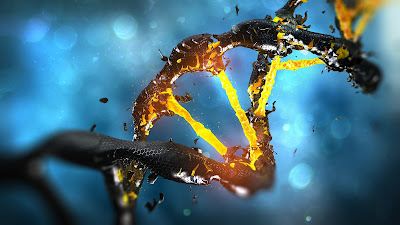 Species Modification
During the 1st Age your species’ origins are developed and defined. There are no Species Variant traits in the 2nd Age, instead this is a time of danger and crisis, where modifications can alter and change your race.


Species Modifications are changes to your current species and include traits such as Cybernetics, Genetic Manipulation, etc. Each one comes with the trait Modification, which can stack with increases from Species Variants. Modifications do not stack with other modifications from other evolutionary branches.


8.2 Biological Mutation
Biological Mutations are occurring naturally in the genetic sequence often drastically changing the form and functions. It is theoretical that outside pressures have caused these mutations to occur and accelerate, but these mutations signal a change in the evolutionary course of the species.
Examples include Metallic Skin, Flight, Extremis Transmutation, and shapeshifting

8.4 Electromechanical Bioengineering
The replacement of organic parts with mechanical ones is often referred to as bionics. The replaced body parts can be used to upgrade the body with faster, stronger components controlled by the neural synapse relays surgically implanted in the body.
Examples include Bionic replacements for increased strength, toughness, and movement, as well as mechanical organ replacement and complete neural tranfers to machines

8.5 Genetic Manipulation
Scientific Genetic Manipulation has allowed for increased lifespans, and immunity to diseases. With controls in place, genetically built genomes can result in superior soldiers, creating the next wave of evolved humanoids.
Examples include greater and faster combat reactions, greater martial and ranged awareness, greater resilience to poisons, being wounded, and extreme conditions.

8.6 Pharmaceutical Enhancers
Long term use of performance enhancing drugs can have serious side effects, but for the soldier, the benefits are enormous. Even more damaging though are the use of powerful stimulants meant for instant use to alter the chemical compositions of adrenaline for immediate effects.
Examples are performance drugs, to medical stabilizers, and enhanced cognitive awareness, to deadly stimulants designed for immediate and rapid enhancement for battlefield sitations.

8.7 Viral Strains
The birth of the 2nd Age brought about huge population growths. While the sources of these mutating viruses are up to debate, their strength to mutate the Humanoid Genome is undeniable. Victims of these strains lose upper brain function and are overcome with homicidal aggression.
Examples include viruses resulting in ravenous apocalptic zombie creations that can spread to new victims quickly and efficiently. Some have even adapted to a new cunning level of intelligence