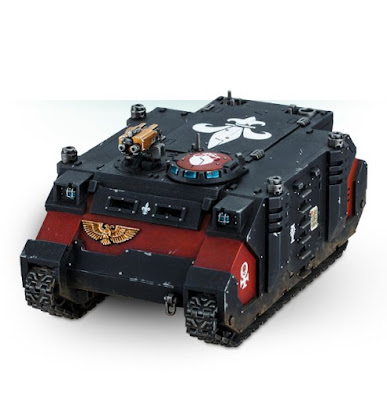 There is a Sororitas Rhino in the pre-order section of the GW webstore, although it is available now. The issue with this rhino appears to be that even though it is listed as a sororitas rhino, there is no difference with the actual model listed from Space Marine Rhino. You will also have to get your transfers elsewhere, as it says in the product description.


via a reader on Faeit 212 (thanks for drawing our attention to this)
I wanted to draw attention that a "new" Sororitas Rhino is in the Pre-Order
section on the GW site.
The Sororitas Rhino used to use some of the same components as the
Immolator (and I imagine, one could still assemble the "old" Rhino from
that kit).
The "new" Rhino appears to be the exact same kit used by Space Marines.  It
doesn't even come with Sororitas decals, as per the description on the
product page.

Description
The Rhino personnel carrier is the most common transport vehicle at the disposal of the Sisters of Battle, allowing units to move swiftly to where they are most needed. This tried and tested vehicle is famously robust, easy to repair and utilised extensively by the Imperium’s most elite fighting forces. The Rhino is capable of interacting with power armour, recharging power cells and downloading tactical information as troops are transported into the thick of battle. Adepta Sororitas Rhinos are bedecked with holy symbols and relics in addition to military insignia denoting squad and Order markings.

This plastic kit contains all the components necessary to assemble 1 Adepta Sororitas Rhino.

Please note: the transfers on the model pictured are not included with this kit.