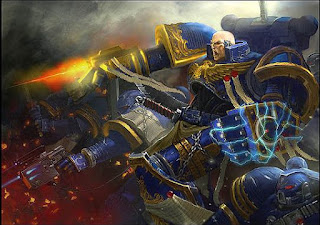 There have been a few hints that 40k would be getting a new edition. This comes from a very good source, and while we technically know very little about it, we expect that the rules will be streamlined and cut down some.


This comes from a very solid source that has been accurate for a long time here.

via anonymous sources on Faeit 212
Games Workshop will release a new streamlined 40k Edition in Autumn.

via ytook on Faeit 212 (thank you for relaying what you have heard.)
Btw some interesting tidbits from War of Sigmar comments coming from Warhammer Fest

obviously no way to confirm but the commenter is well known:

'Oh..
Expect 40k to have a shake up later in the year!
"It won't be as drastic as Warhammer, but it will be quite a change."
More stream lined and easier to pick...'

'I was talking to Ally Morrison and Andy Dunn (They were near the entrance) I know Andy from a while back and during our chat 40k came up...
Well, about how cumbersome it's become.
Any way.
He said the quote above....
;)'
5/16/2016
Natfka
40k, 7th Edition, Games Workshop, Gaming News, News Headlines, Rumors, Warhammer 40k