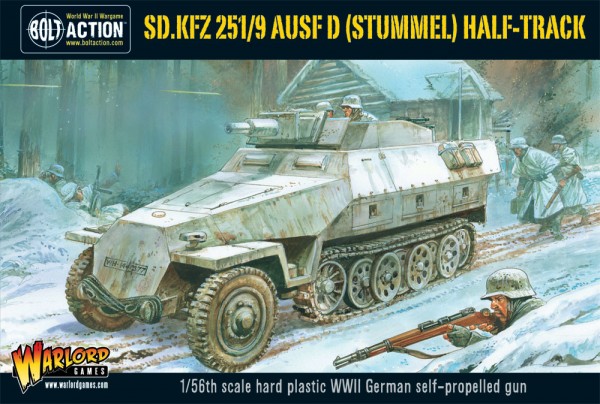 Bolt Action has quite the release day, with a new German Half Track, Polish Infantry, and a very interesting Pre-Painted Tanks. Of course these tanks can be bought non-painted as well. 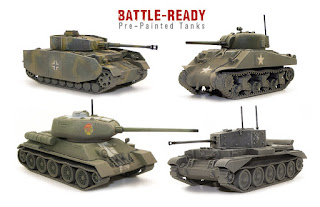 Ever wanted to start playing Bolt Action but been daunted by the prospect of painting your tanks? Have no fear – here at Warlord we’ve been striving for a way to make it as easy as possible to start your army, and are proud to preview our first pre-painted Battle Ready tanks to the world!
pre-painted-tanks-banner

Based on our range of Warlord plastic tanks these premium versions have been built and painted to represent 4 of the most iconic tanks of WWII.

We’ve gone for simple colours and basic markings on each tank to allow you as much choice as possible when it comes to adding your own personalisation later:

These tanks are painted to allow you to get onto the battlefield as quickly as possible, and enable you to collect your force of 3 or more vehicles needed for Tank War and individualize each to suit the look of your own army.

Aerials and any mounted machine guns are painted but left unattached to avoid breakages in transit.
Remember that these tanks are hand-painted and each one will be unique – as such you can expect minor variations to the published images. 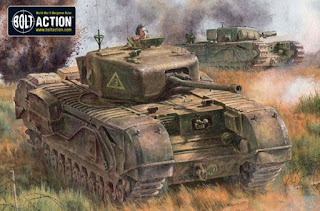 Churchill
Perhaps one of the most famous tanks of WWII, the Churchill, is heading our way very very soon! – that’s right, we previewed the all-plastic Churchill kit back at Salute – to much rejoicing and drooling… 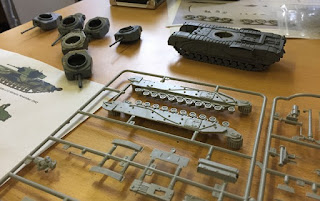 Just now we’ve received the first sprues in the Warlord warehouse, and we couldn’t keep it to ourselves any longer! It’s so new that our painters are still working their magic on the studio-painted model – which we’ll be showing-off as soon as the varnish has had time to dry!

The British Army adopted a doctrine centered around the use of light, fast ‘Cruiser Tanks’ coupled with slow, better armed and armoured ‘Infantry Tanks’, that would be used to smash the enemy defences with infantry support… and the Churchill was a prime example of the latter – one of the heaviest Allied tanks of the war, it featured thicker frontal armour than that even of the Tiger!
It will be no surprise to you to know that it was named after the Prime Minister, Winston Churchill, but you may not know that he had also been involved with the development of the tank as a weapon during the First World War.

Taking the form very reminiscent of earlier WWI tanks, the Vauxhall motors built Churchill was the basis for a slew of variants from the MkI with a 2pdr gun to the MkVII 75mm guns. Other versions would see more specialist engineering equipment added including the likes of bridging equipment and minesweeping devices – and a favoured ‘close support’ option of the 95mm howitzer!


If that’s not enough, and you want to back-up your Churchills with some more interestingly-equipped variants, don’t forget to delve through the Bolt Action arsenal – where you’ll find some more specialist kit including the ferocious flame thrower-armed Crocodile variant- to mop-up any surviving defenders!
5/27/2016
Natfka
Gaming News, New Releases, News Headlines, Warlord Games