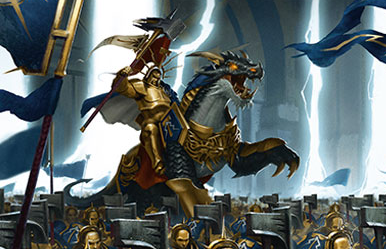 While personally I would be hoping that this meant that Brettonians would be making a return, however, I think it's safe to say that we are instead looking at a Stormcast Eternal release that has been hinted at in the rumors.


Next week is Knights in shining armour.

via Turgol on Warseer
"The Extremis Chambers open"
I'am guessing it is indeed true that Dracoth Cavalry is next week's release.
.