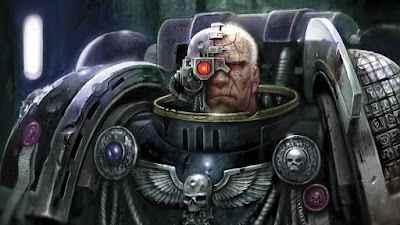 The rules for the upcoming Deathwatch Overkill models are coming to 40k, and they have been leaked! So check out the latest pics.


You can see the 40k rules here.... thanks Lady Atia and Ucheny
https://war-of-sigmar.herokuapp.com/bloggings/500


Via Lady Atia for us. Huge thank you!
HQ:
Cassius
Librarian

There is also the formation which has all of them as one unit
All of them are faction Deathwatch and work like all other imperial factions for allies purposes.

for the formation:
Kill Team: Basically it just says that the Kill Team is a single unit and is treated as such (have to be deployed as one), can't split, even though some of the models are Indipendent Characters.


Also want to note: BOTH Deathwatch and Genestealers are NEW factions, they are NOT part of the tyranids/space marine faction.

The killteam counts as the usual imperial allies. Every member with bolter weaponry has special issue ammunition like the usual sternguard, frag&krak grenades as usual. Most include the chapter tactics of their chapter.