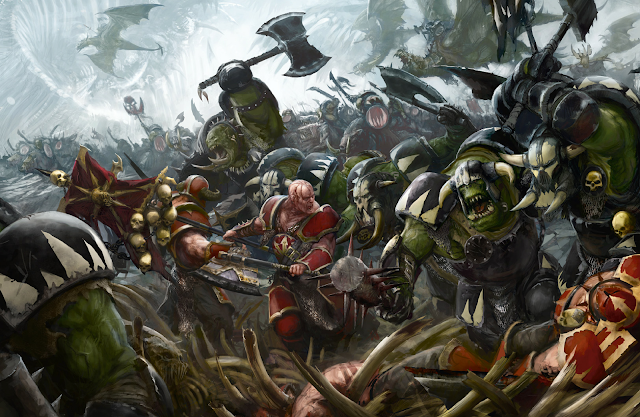 More information on when and what the new Grand Alliance Destruction will be. Accordingly the release will start in late March and go into April. No worries though for Age of Sigmar fans, there is something coming in the meantime..... some Chaos repacks.

via anonymous sources on Faeit 212
It's a Orcs / Orruk only release.

The Orruk / Destruction release will Start in late March and last into April.
Orruks are a three weeks release
Before this we will see some repacks for the AoS Chaos fraction.

For previous information we have had about this release, follow the link
http://natfka.blogspot.com/2016/02/march-age-of-sigmar-more-destruction.html
2/28/2016
Natfka
Age of Sigmar, Games Workshop, New Releases, News Headlines, Orcs and Goblins