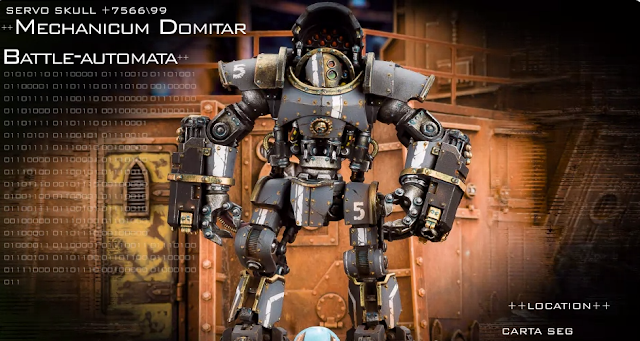 New pre-orders are up for Forgeworld featuring the latest for the Mechanicum, the Domitar Battle Automata. Larger than what I expected, compared to the Castellax, and armed to the teeth. 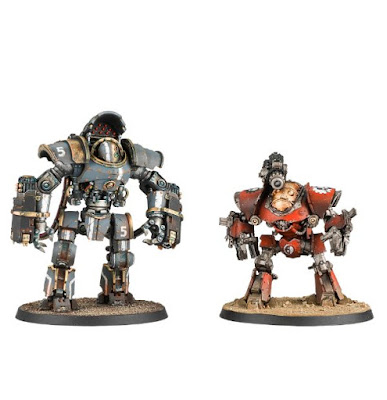 
via Forgeworld
The Domitar Class Battle-automata was a sophisticated variant of the ancient Conqueror pattern. Larger than the more common Castellax alongside which it would serve, the Domitar was also swifter, designed to cross the open battlefield at speed, and built expressly to crash into the enemy with shattering force.

To this end the Domitar’s shock-protected and armoured frame was itself a weapon, while its blows were amplified to colossal proportions by the Battle-automata’s inbuilt gravitational hammers, allowing it to pulverise battle tanks and, as it would later prove, even Legiones Astartes Dreadnoughts in combat. As a line-breaker, the Domitar was unparalleled in the Mechanicum’s arsenal, and its tactical flexibility was further augmented with a missile launcher armed with a variety of munitions.

This is a multi-part resin kit. A 60mm round base is included.