Are Chaos Marines Growing? A Primaris Equilavent in the Future? 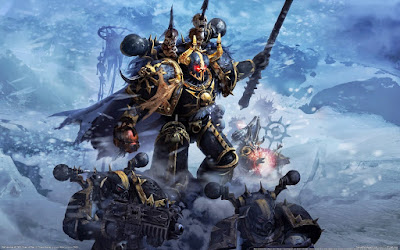 The Blackstone Fortress expansion of Warhammer Quest promises new Chaos Marine sculpts in the near future. Are the new sculpts for Chaos Marines growing larger over the years as we saw with normal Space Marines? It appears so.

I think the biggest question then becomes.... will chaos marines get an equivalent to the Primaris Marine? Its hard to say, but I could see how it would be justified (whether you agree with it or not is another story) with 10,000 year old marines growing changing genetically in the warp.


Personally I don't find Chaos Marine all that scary on the table, which does not automatically mean we should see a bigger badder version, but I still wish there was more to them. (Night Lords were one of my original armies back at the turn of the century)


This was posted up on Bolter and Chainsword by Master Sheol
He makes a great point. 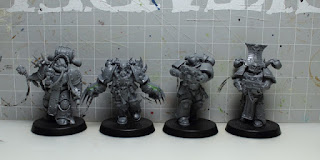