Wow, we are finally arriving at the Siege of Terra. Time to brush up on my Black Library books and pick up the ones I have been putting off. We've been waiting for this a long time.

via the Black Library on the Warhammer Community
https://www.warhammer-community.com/2018/09/19/the-siege-of-terra-secrets-revealedgw-homepage-post-2/ 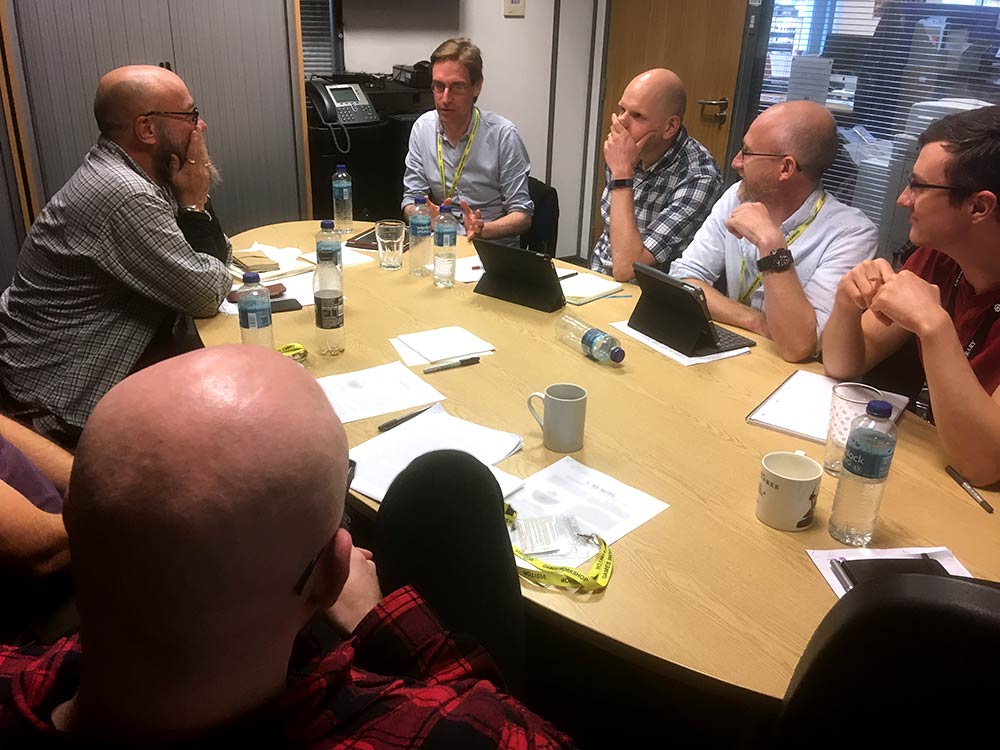 The High Lords of Terra meet to plan the final stages of the Siege.

The Horus Heresy, which launched in 2006, now has more than fifty books in the series, including novels, novellas and short stories – not to mention a massive range of audio dramas. A host of talented authors have explored every corner of the Age of Darkness, giving each of the eighteen Space Marine Legions and their primarchs a chance to shine. We’ve revealed never-before-imagined secrets of the era, such as the Shadow Crusade, Imperium Secundus, the Knights Errant and the true nature of Alpharius. And it’s all been leading inexorably to one place: Terra itself.
The Buried Dagger, by James Swallow, will be book 54 in the numbered series, and is the beginning of the end, taking the narrative right up to the opening shots of the Siege of Terra. We know some of you have been wondering if this is the start of a new 50-book series – and we can reveal that it’s not. The Siege of Terra has been carefully crafted as the finale of the Horus Heresy series, telling the tale of the epic battle for the Throneworld from the initial fleet actions in the Solar System right up to that final, fateful clash on the Vengeful Spirit.

If you’re new to the Horus Heresy series, this will be the perfect jumping-on point, a chance to join in the excitement as each new book is released – and you can always go back later and catch up on the stories that led us to the Siege. For all you hardened veterans, this dramatic finale will be an immensely satisfying conclusion to the series you love, tying together characters and dangling story threads in ways you’re never going to see coming.
The upcoming Black Library Weekender will be your chance to find out more about what’s in store for the Siege of Terra, with a seminar featuring the author of the first book – John French – and more details about what’s coming – including exactly how many books you can expect. You’ll also be able to get your hands on a pair of novellas telling prequel stories to the Siege… more on those soon. You can pick up your Black Library Weekender tickets now and browse the Horus Heresy range to see what you might have missed.