Home » Imperial Knights » Warhammer 40k » One Kit... to build any one of 7 different Knights. Canis Rex

One Kit... to build any one of 7 different Knights. Canis Rex 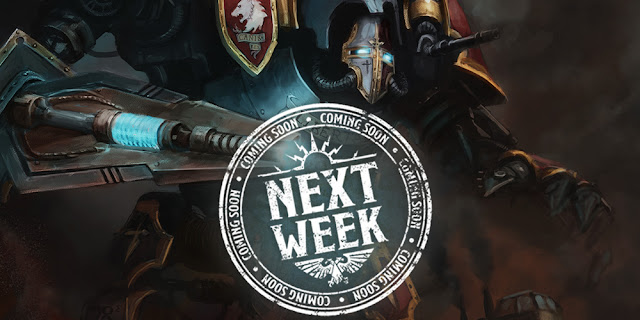 Rather cool that you can build any of the Knights from one box, and in a preview earlier today you can see exactly what is coming for Canis Rex.

via the Warhammer Community
https://www.warhammer-community.com/2018/09/09/next-week-canis-rex-rides-forth/

Next week, at long last, you’ll be able to get your hands on Canis Rex, in a jam-packed new Imperial Knight kit – alongside the return of a much-requested transfer sheet…

Inside the Knight Preceptor Canis Rex set, you’ll find everything you need to build any one of seven Knight variants, with every frame from the Knight Gallant set included in the box. That’s your choice of Crusader, Warden, Gallant, Paladin, Errant, Preceptor or Canis Rex itself in one box. 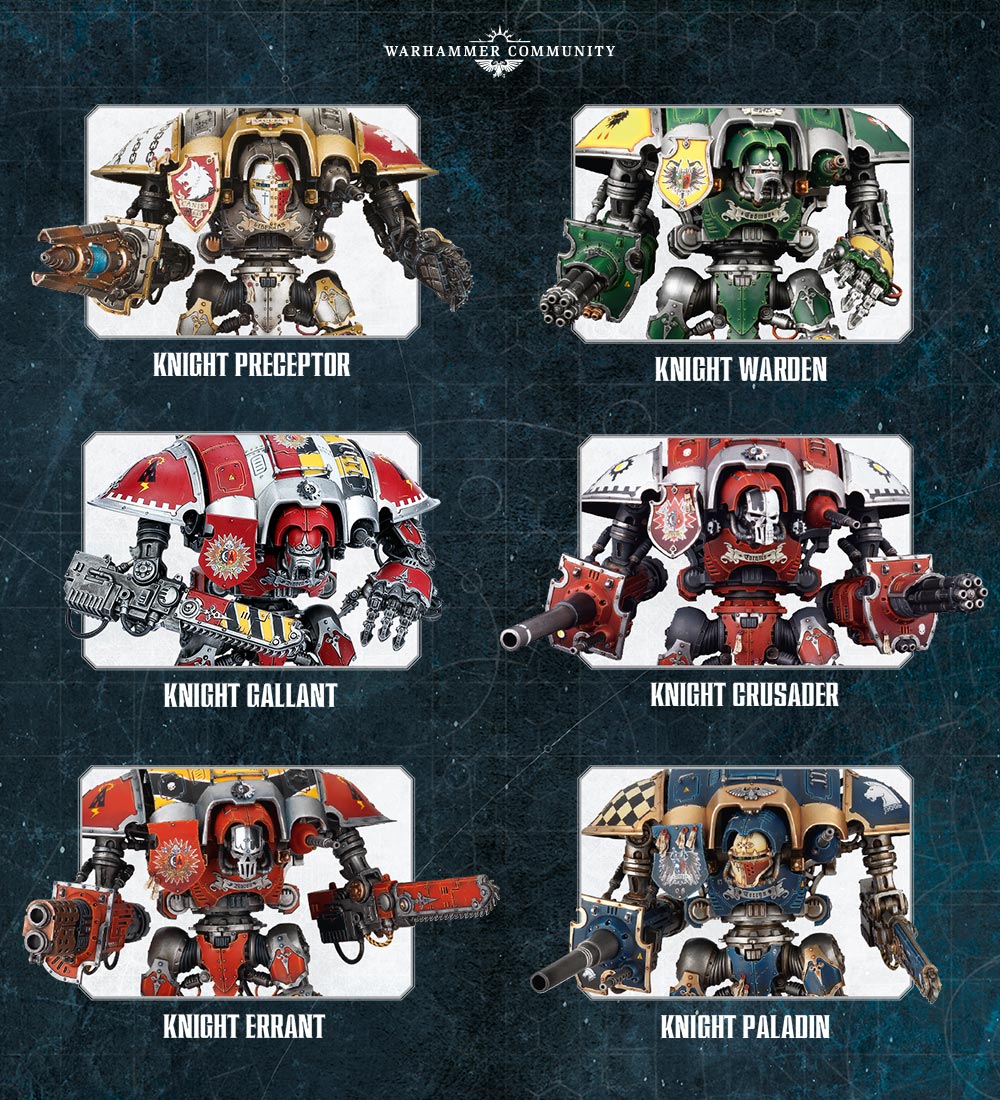 It’s not just massive weapons – the Knight Preceptor frame also features components that let you add interior detail and pilots to your Knights in glorious plastic for the first time ever. 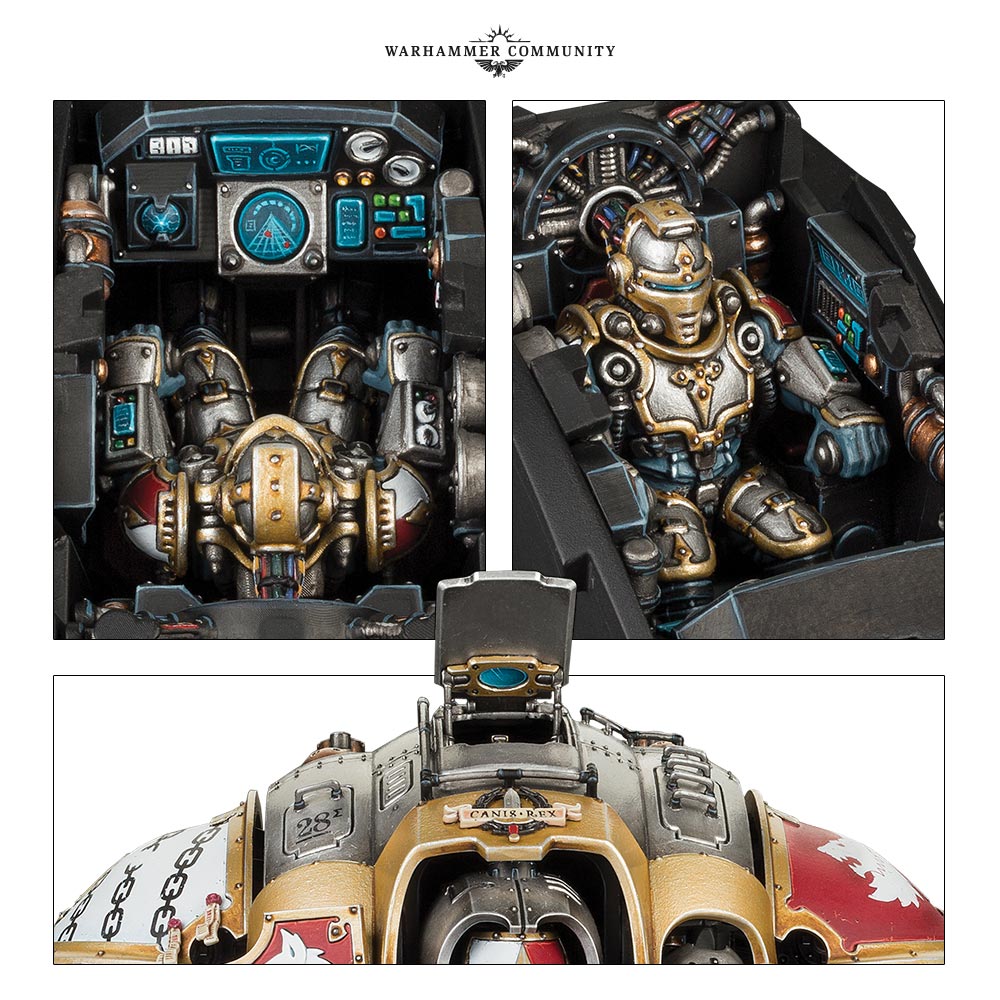 Canis Rex, as a Freeblade, can be added to ANY Imperial Knights army without stopping you from receiving your Household Traditions. In battle, Canis Rex fights like a Knight Preceptor, with the added benefits of a super-powered thunderstrike gauntlet and the ability to jettison pilot Sir Hekhtur to keep fighting even after his Knight is destroyed. 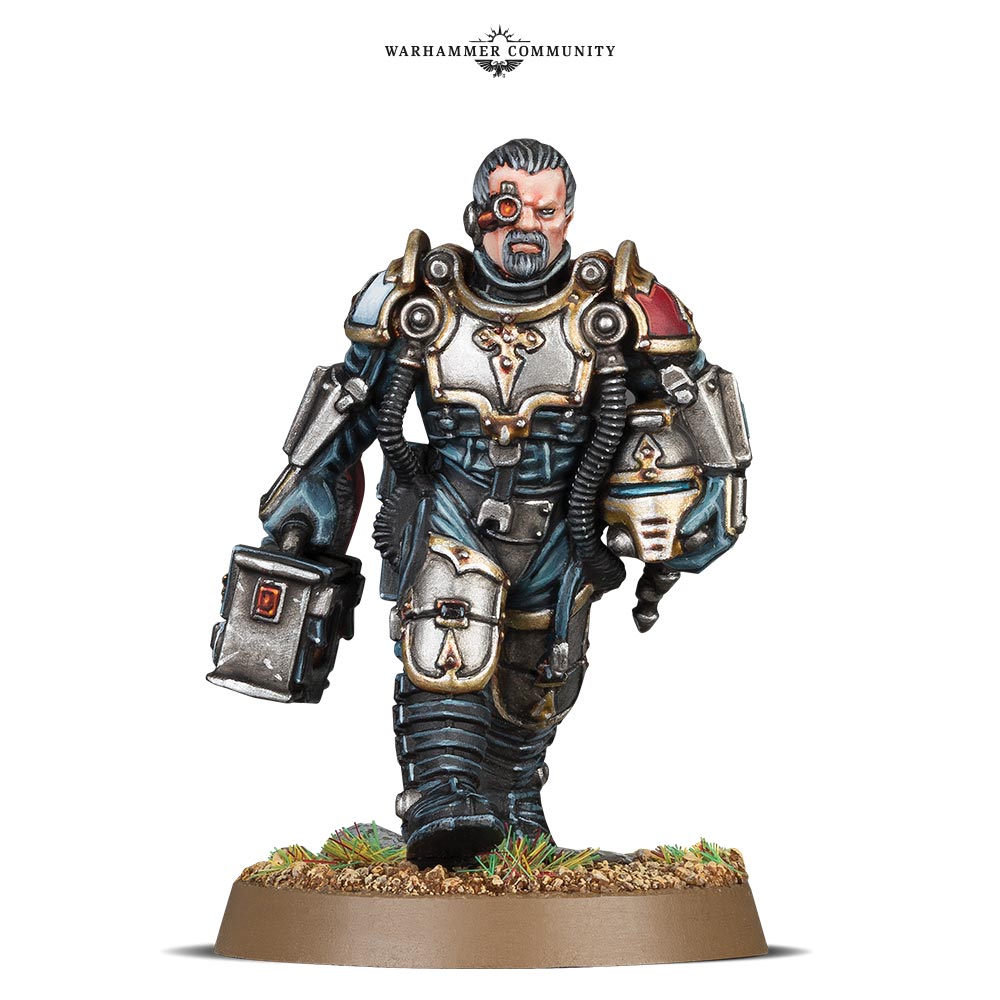 We’ve looked at Sir Hekhtur before, but the Knight Preceptor is also a worthy addition to your House. Thanks to its Mentor rule, it’s a must-have for players looking to get the most out of their Armigers…

…while the las-impulsor gives you the flexibility to switch your firing profile based on the foes you’re fighting:

So, how much will this kit cost you?
Almost nothing more than the Knight Gallant. We’ve squeezed all this good stuff into the box at minimal additional cost. Nice, eh?

And that’s not all! Next week, you’ll be able to pre-order the re-released Imperial Knights transfer sheet after overwhelming popular demand. With transfers for decorating the noble scions of House Griffith – as well as Vulker, Hawkshroud, Degallio, Mortan and Krast – it’s packed with heraldic detail. This sheet makes adding kill markings, crests and other knightly goodness to your models easy.

You’ll be able to pre-order Canis Rex for yourself next Saturday – in the meantime, grab his rules in Codex: Imperial Knights or pick up some Armigers to combine with your new Knight Preceptor…