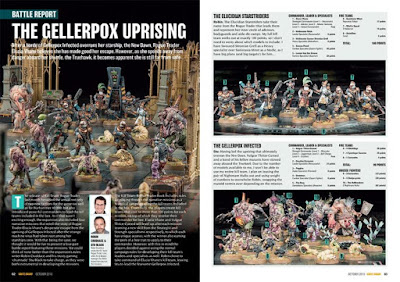 The October.... Orktober is coming.... but how much of what is coming is revealed in the new White Dwarf? Lets take a look.

via the Warhammer Community
https://www.warhammer-community.com/2018/09/28/28th-sept-white-dwarf-preview-octobers-issuegw-homepage-post-4/

Let’s take a look at some of the highlights:

The cover feature sees White Dwarf’s intrepid reporter Dan Harden launching a thorough investigation into all things Warhammer Underworlds: Nightvault, including interviews with the two brains behind the new season, Tom Merrigan and Dave Sanders. While we’re on that subject, Planet Warhammer also presents the first two new warbands – the Eyes of the Nine and Zarbag’s Gitz – and includes some handy tips on how best to use them. 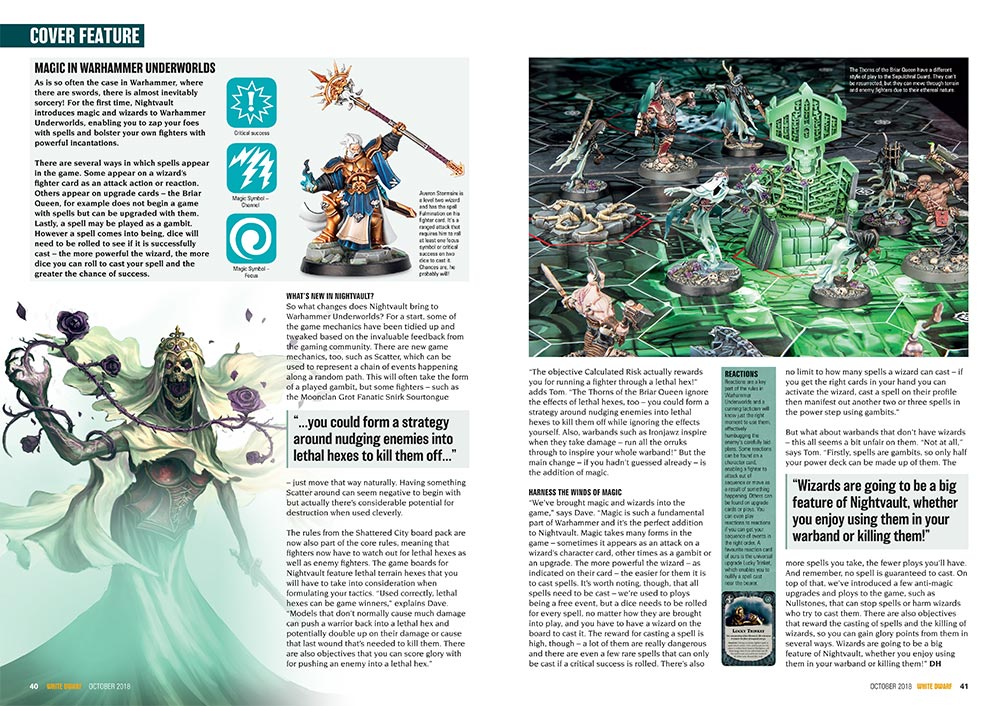 In White Dwarf’s debut of the new Beasts of Chaos battletome, our very own Rhu James and Martin Morrin duke it out in a matched play game, with detailed analysis of their respective tactics… and even maps! 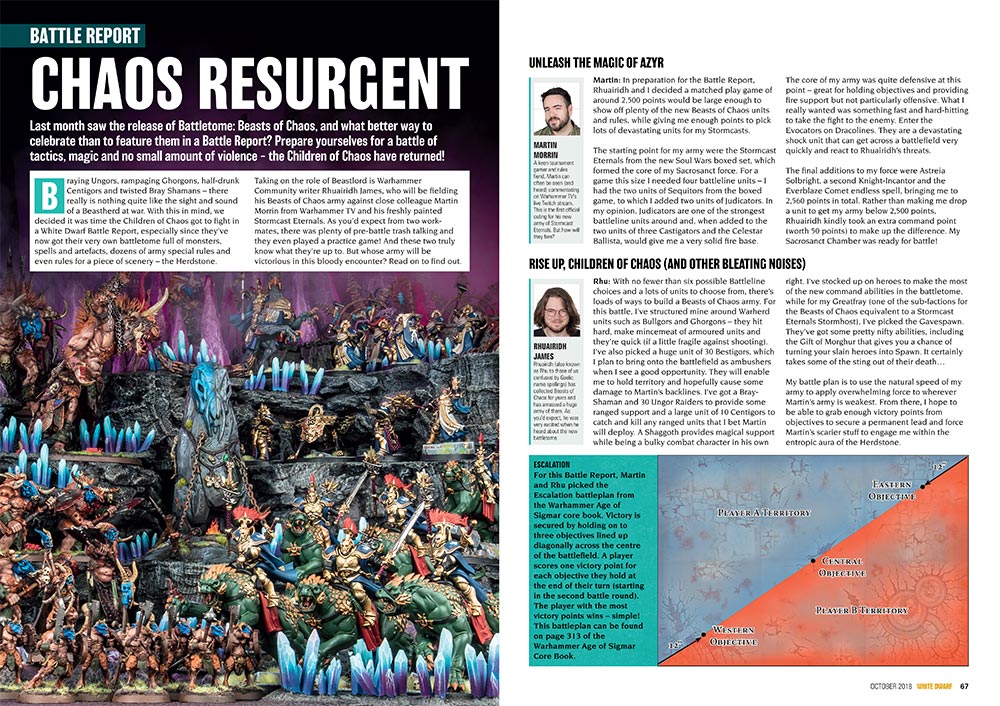 Kill Team: Rogue Trader’s rules writer Robin Cruddace and the Design Studio’s Stu Black take each other on in the expansion’s four narrative missions as part of a campaign. 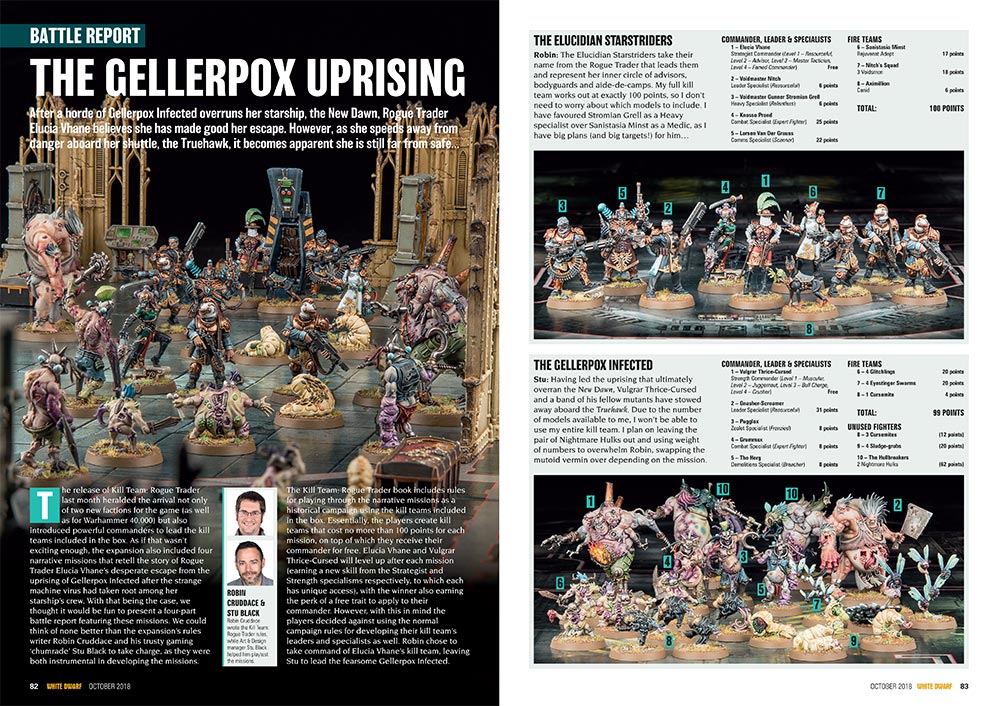 Storm Stainton from Warhammer Cambridge, er… storms the pages of White Dwarf with his wonderfully characterful Grot army for Warhammer 40,000. 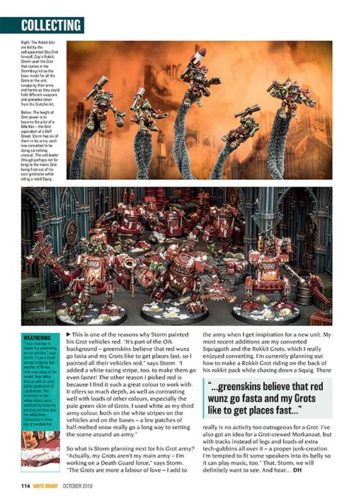 Studio scenery archimancer James Littler joined the Warhammer World scenery team to produce an incredible basilica battleground which is presented in all its majestic glory from every angle. 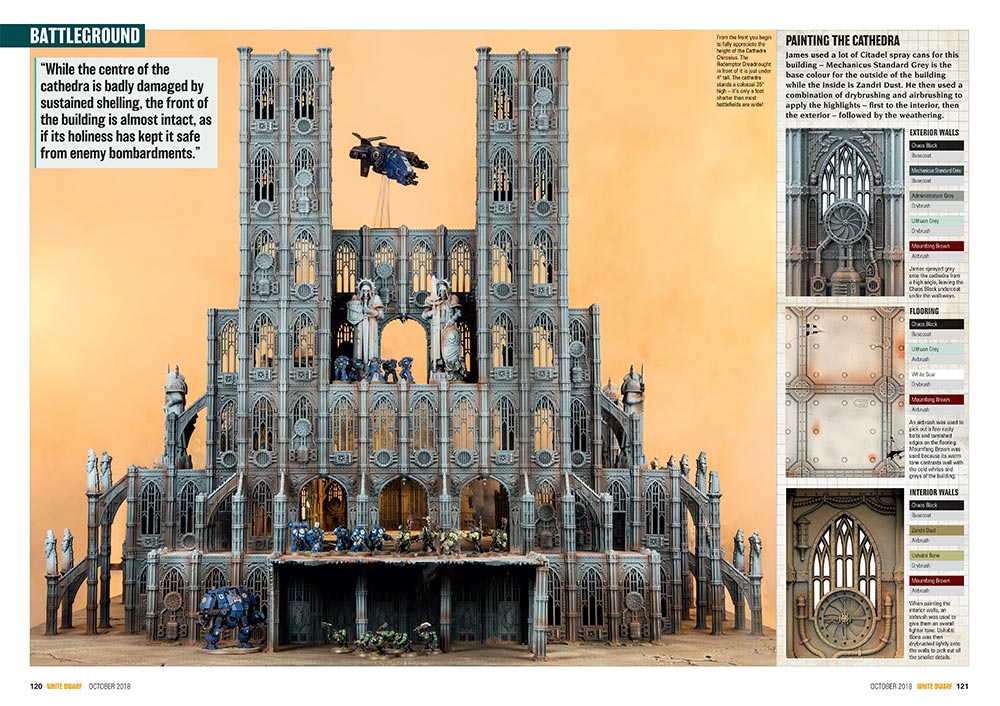 Here are some other highlights in the issue: 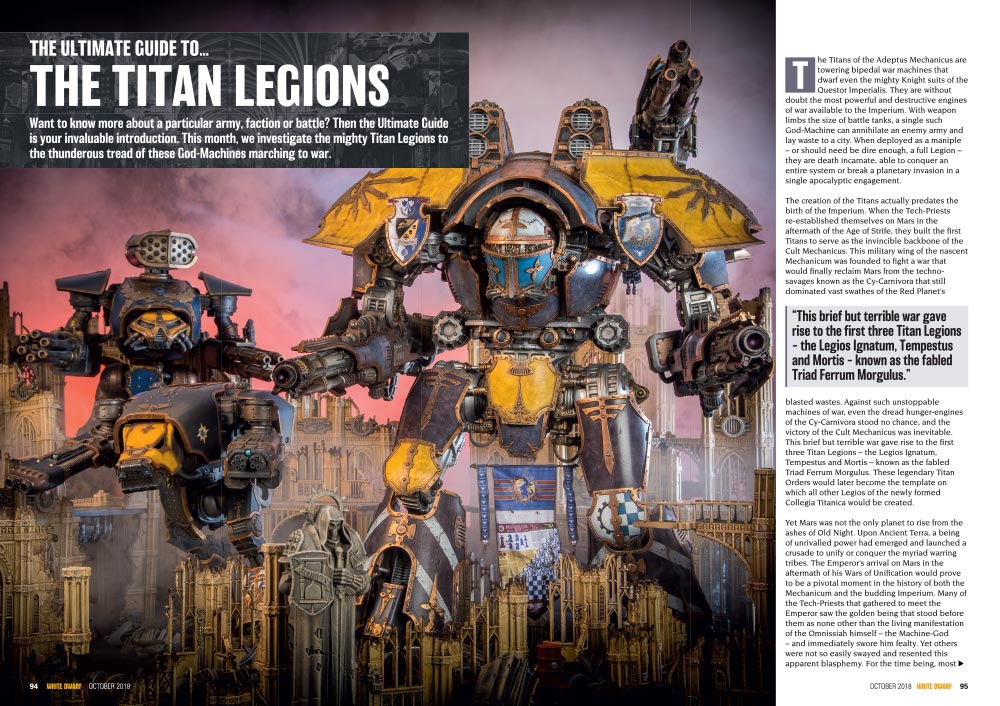 White Dwarf will be in stores from next Friday, though subscribers may receive their copies a few days early (lucky you)!
9/28/2018
Natfka
Age of Sigmar, Games Workshop, Warhammer 40k, Warhammer Underworld: Shadespire, White Dwarf