2 New Knights are Available this Weekend 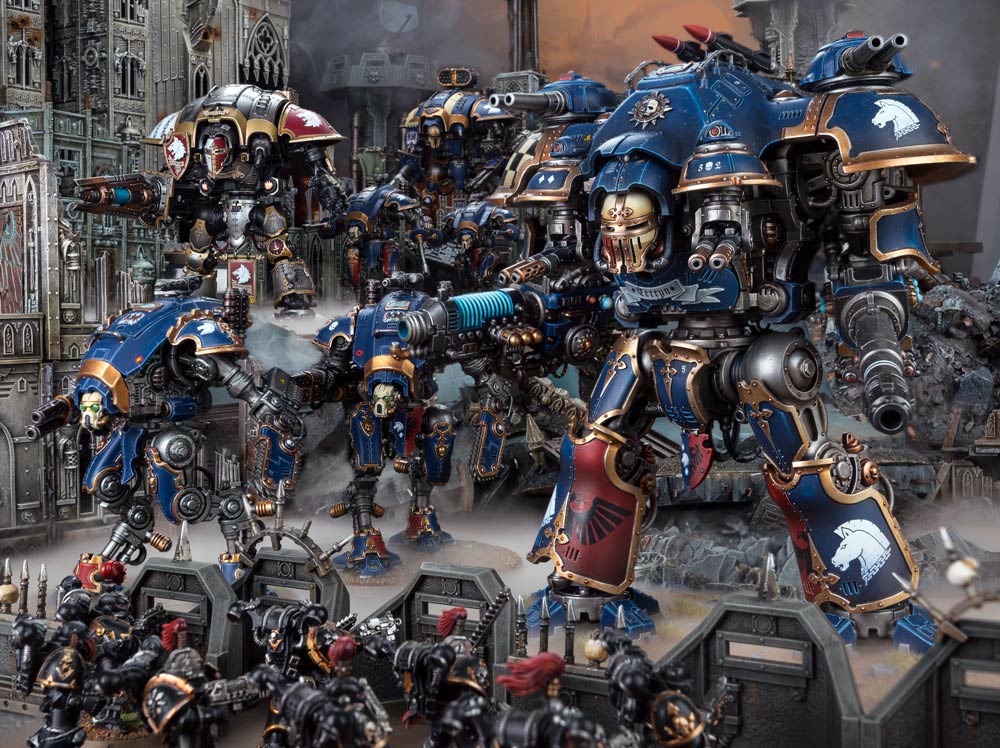 This coming Weekend its Canis Rex and the Knight Preceptor, both of which are built from a single box set coming to pre-orders this weekend.


via the Warhammer Community
https://www.warhammer-community.com/2018/09/13/tactica-knights-preceptor-and-canis-rex/


This weekend, not one but two new Imperial Knights are available to pre-order, offering countless new tactical possibilities for your army. And you can build either of them out of one amazing kit!
Whether you’re looking for a powerful ally for your Imperium army or a different kind of Imperial Knights list, you’ll find the Knight Preceptor and Sir Hekhtur ideal – here’s how you can use them in your games… 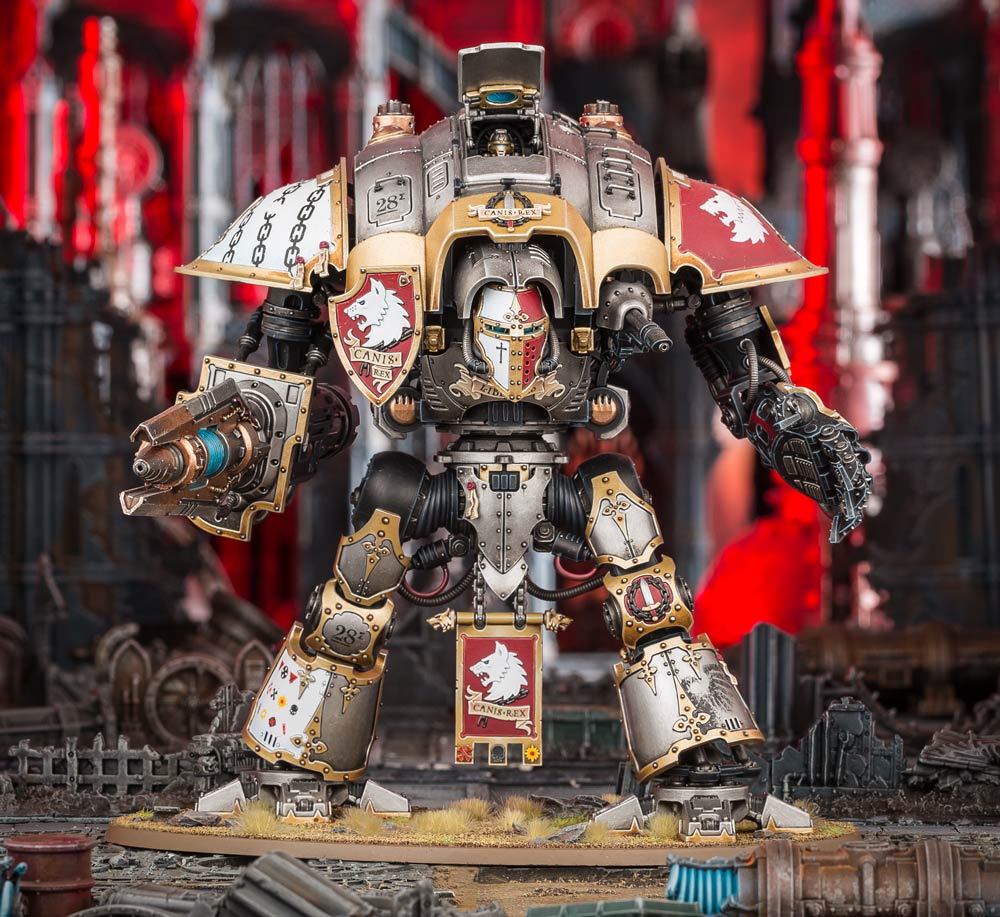 Canis Rex is the ideal Lord of War for any Imperium army, thanks to his offensive power, flexibility and a nifty ability that bolsters the bravery of nearby troops.
At range, Canis Rex’s las-impulsor features two different firing profiles, meaning you’ll always have the right weapon for the job. Up against other Lords of War? Use the high-intensity profile. Need to carve through heavy infantry? Switch to low intensity.

It’s in close combat that Canis Rex really thrives, thanks to Freedom’s Hand – one of the most powerful close-combat weapons in the entire game.

Striking at a terrifying Strength 16, rendering all but the heaviest armour pointless with AP -4 and boasting an eye-watering 2D6 damage, this is what you use when you really, truly need to smite a heretic. This weapon is more than capable of downing Daemon Primarchs, Renegade Knightsand massive Tyranid bio-beasts in a single round of combat!
Even the mere presence of Canis Rex is inspiring to your Imperium units, offering them an additional chance to stand fast when faced with a failed Morale test:

Finally, Canis Rex has the unique ability to keep on going after it’s destroyed, with Sir Hekhtur bailing out (provided his Knight doesn’t explode!). Consider making him your commander to make it extra tricky for your enemy to claim a crucial point for Slay the Warlord.

Knights Preceptor are a more specialised unit than Canis Rex, thriving as part of a wider Imperial Knights army – particularly one packed with Armigers. 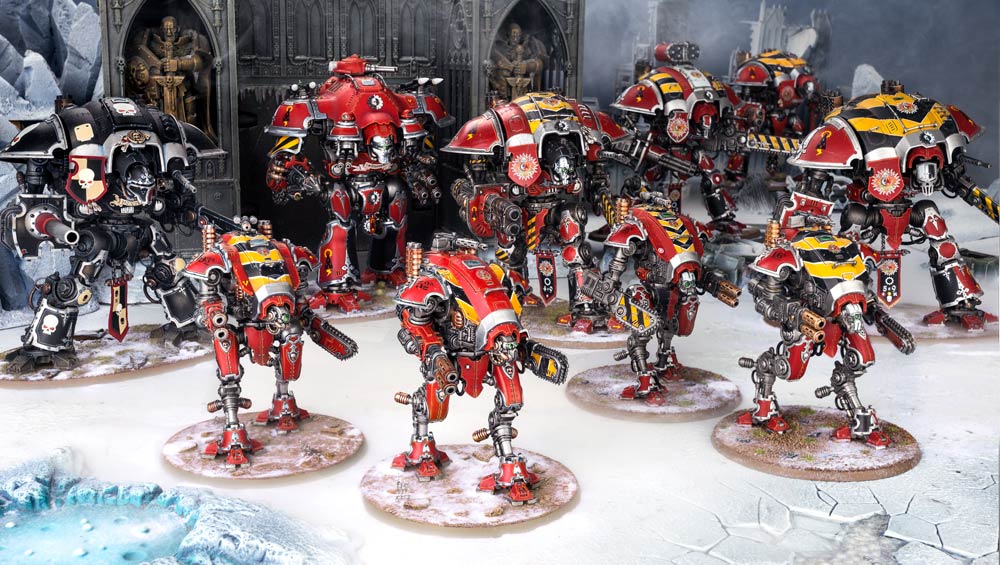 Like Sir Hekthur, Knights Preceptor wield las-impulsors, giving them fantastic offensive flexibility – but it’s their support abilities that make them really special.
Knights Preceptor have the Mentor rule, giving nearby Armigers re-rolls of 1s to hit – greatly improving their accuracy and offensive power.

This can be combined with Warlord Traits and Relics to deadly effect. Take the Helm Dominatus: 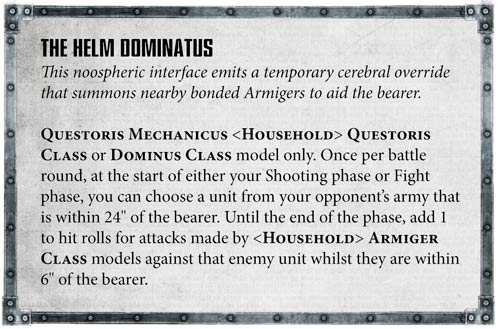 With this Relic, you’ll be able to give your nearby Armiger Helverins a roll of 2+ to hit, rerolling 1s – allowing them to utterly annihilate your target of choice. On the other hand, if you grab Landstrider on your Knight Preceptor, they’ll be perfect for leading a close-combat charge of Armiger Warglaives:

For 100 power (that’s around 2000 points) you can field 2 Knight Preceptors and 6 Armigers of your choice for a potent and unusual little army – give it a go sometime!