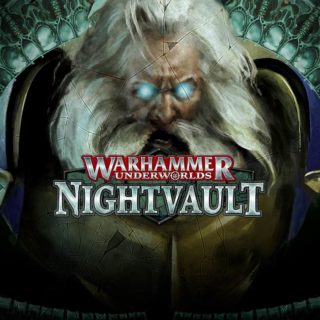 With Nightvault two new warbands are coming along with new cards, spell mechanics, and more. Today the Warhammer Community is taking a closer look at one of the two Warbands coming with Nightvault, The Stormsire's Cursebreakers.

via the Warhammer Community
https://www.facebook.com/GWWarhammerAgeofSigmar

The new season of Warhammer Underworlds is mere days away, bringing with it a host of new cards, new mechanics and new warbands. Having looked at the sinister forces of the Thorns of the Briar Queen, today we’re looking at the stalwart crusaders of Stormsire’s Cursebreakers – a lightning-wielding warband of Stormcast Eternals. Read on for a closer look at the fighters, spells and tactics you can try… 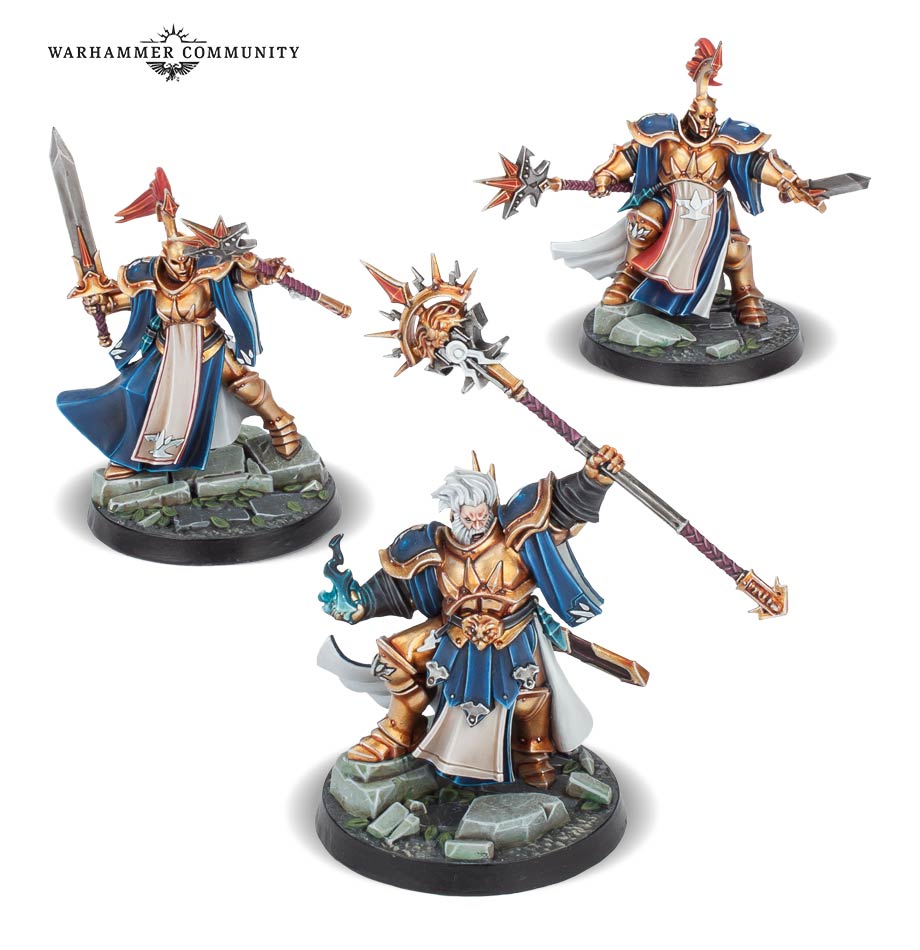 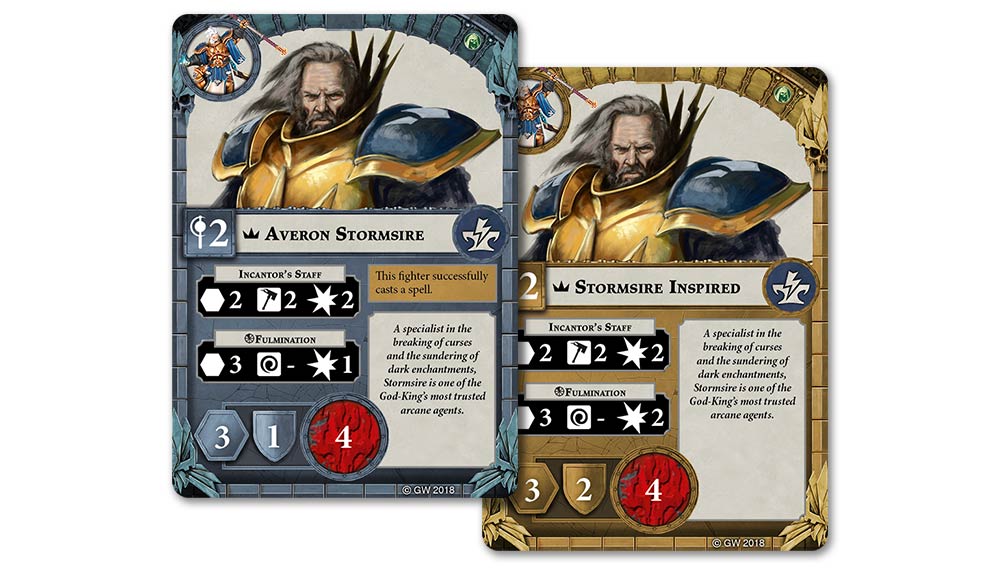 Averon Stormsire is the leader of Stormsire’s Cursebreakers, combining the durability of the Stormcast Eternals from other warbands with his status as a level two wizard and a nifty ranged spell Attack.
Spell Attack actions work like normal Attack actions, except instead of rolling Attack dice, you roll magic dice for each wizard level you have – then your enemy rolls defence dice as normal. In Stormsire’s case, this attack is great for chipping away foes without having to Charge or finishing off a faraway foe. 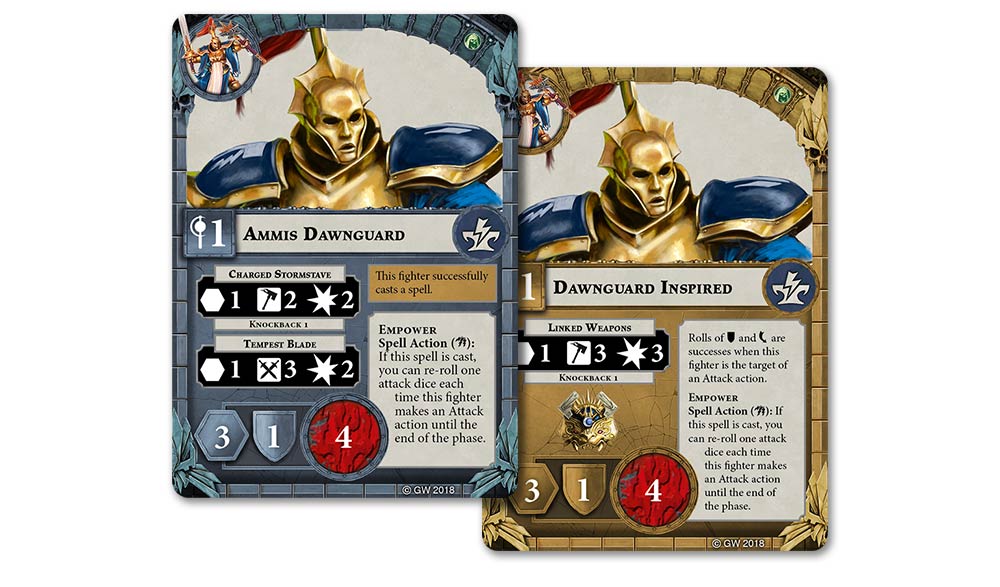 Ammis Dawnguard is an Evocator and so, as well as possessing a fair bit of punch in close combat, is also a level one wizard who can enhance her own weapons! This makes her a reliable, flexible fighter, while her ability to knock fighters back combines superbly with the number of lethal hexes found in Nightvault. 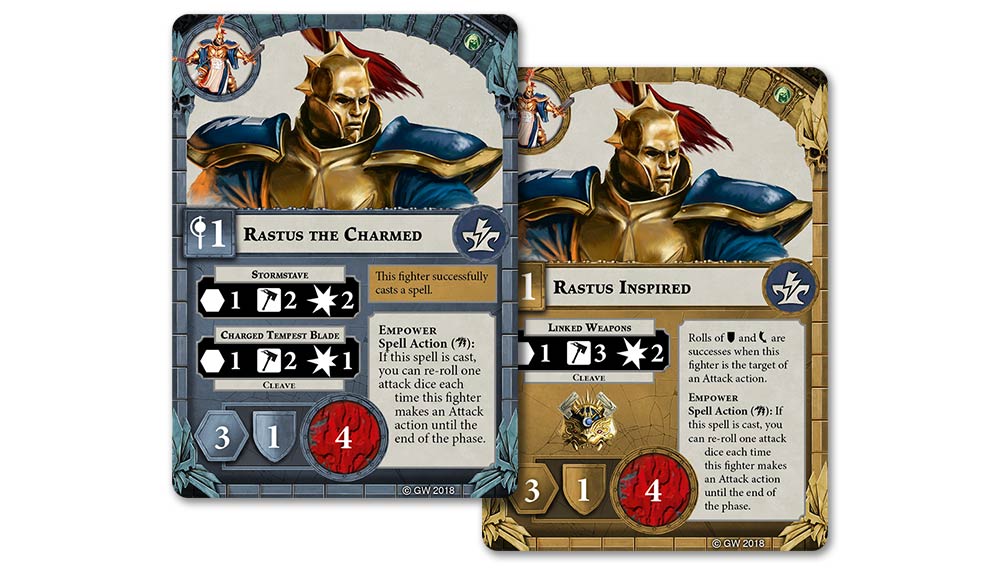 Rastus the Charmed fights much like Ammis Dawnguard, trading Knockback for Cleave on his tempest blade. As such, he’s a great fighter for finishing off heavily armoured enemies with Block.

Stormsire’s Cursebreakers have a largely offensive deck, with simple but effective gambits that increase the effectiveness of your fighters and lots (lots) of spells. Take Chain Lightning: 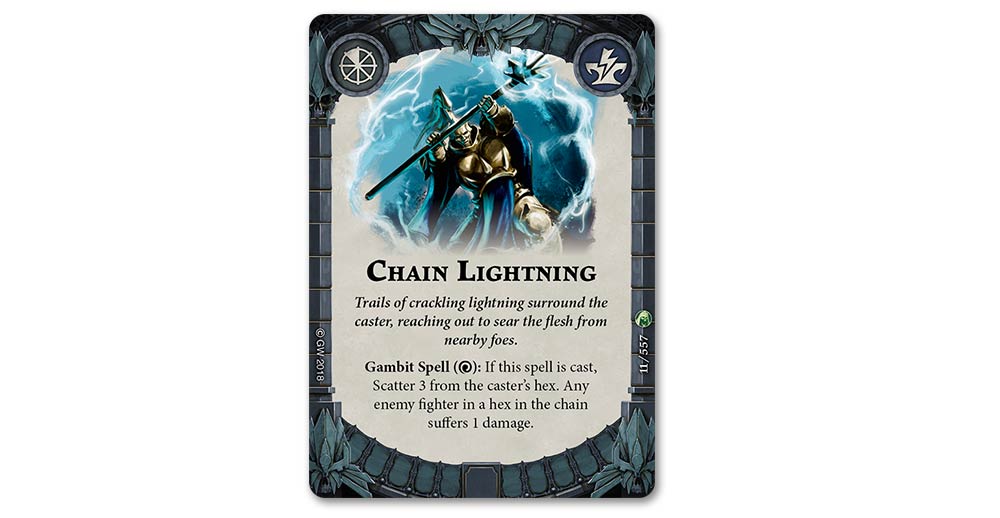 Chain Lightning uses a new mechanic known as Scatter. To resolve Scatter skills, you’ll get to place the following template: 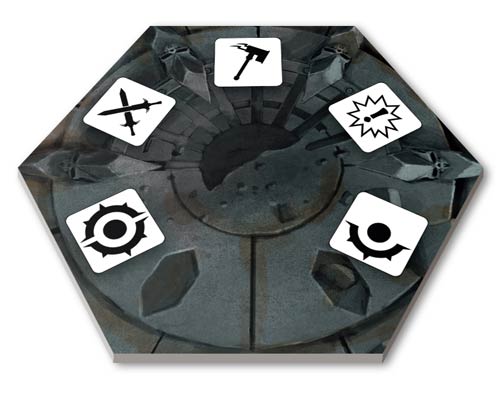 After that, you’ll roll dice equal to the Scatter number for the card in question – in this case, 3 dice. Each dice corresponds to a direction on the scatter marker – you’ll be able to use your rolls to create a “chain”. In this case, you’ll be able to potentially damage multiple fighters at once, making it key for tackling larger warbands like the Thorns of the Briar Queen or Garrek’s Reavers.
Like their brethren in Steelheart’s Champions and The Fastriders, Stormsire’s Cursebreakers possess some powerful upgrades, too. Disarming Blow can be devastating – failing an Attack is one thing, but losing an Attack upgrade is another entirely! Lightning Whip, on the other hand, adds a little extra bite to your Attacks and helps Stormsire’s Cursebreakers tackle more durable warbands. 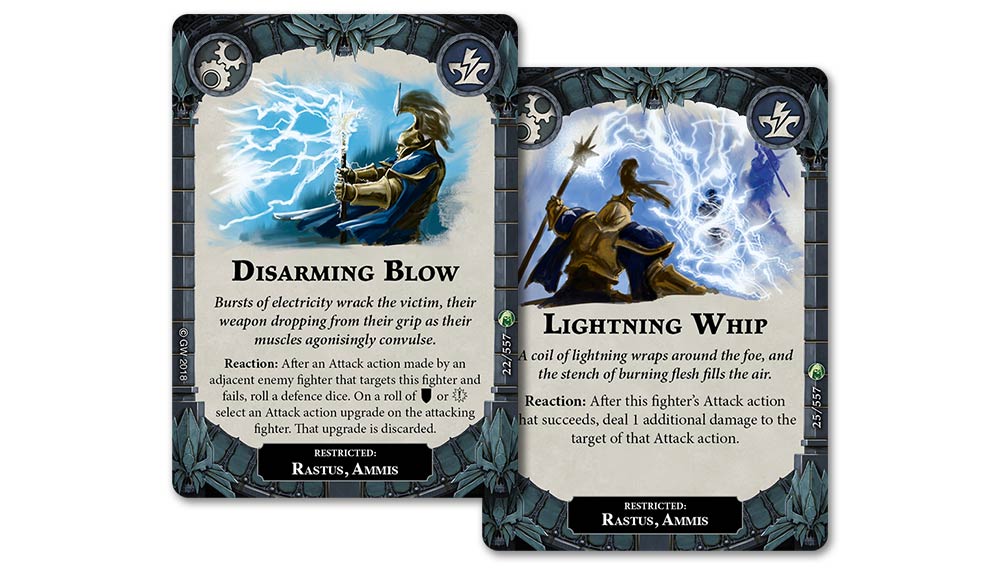 If you’ve already played a Stormcast Eternals warband and fancy a twist on the formula, or just want to make the most of the new magic system, this is the warband for you.
Of course, Warhammer Underworlds: Nigthvault isn’t just about new warbands – it’s packed with cards that have a place in any deck. Check back tomorrow when we’ll be taking a closer look at some of the best from the Core Set…