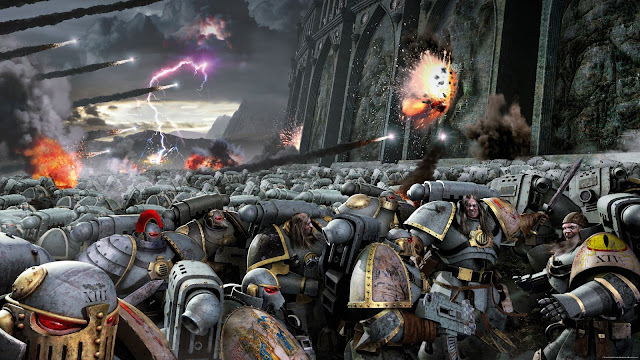 More information is coming in. In fact, the model is in Tartaros Terminator Armour and not Cataphractii.


via anonymous sources on Faeit 212
its Tartaros Armor, hes not bare handed
only in stores, no pre-order, no online order.


via Ulfbjorn on Bolter and Chainsword
http://www.bolterandchainsword.com/topic/322888-exclusive-hh-miniature-in-stores-end-of-june/?p=4410113
It is A preator in Tartaros Armour it is a New preator Preveiously unrealesed with new rules for 30 k to match, has a bald head and a power glaive weapon and he is painted in the Blue and white of preheresy World Eaters legion.

And yes i have seen the model it will be made out of forgeworld resin
6/02/2016
Natfka
Horus Heresy, News Headlines, Rumors, Warhammer 40k