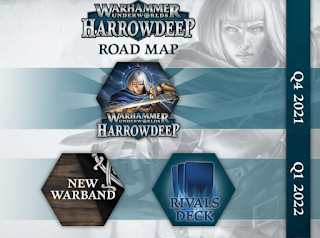 Released today was the new roadmap for through Q2 of next year for Warhammer Underworlds.
via WarCom
https://www.warhammer-community.com/2021/10/14/harrowdeep-might-be-dark-but-the-warhammer-underworlds-road-map-reveals-a-bright-future/

Longtime Warhammer Underworlds players may notice that this is a little different from previous seasons. Going forward, there will be two core sets released each year – each including an all-new pair of warbands, fresh board designs, universal cards, and more.
And that’s not all! This is all in addition to two further warband releases per season, each with a ready-made Rivals deck, as well as more universal and grand alliance cards to open up even more deck-building opportunities in Championship format. This change gives the design team more opportunities to advance the narrative, introduce different mechanics, and tighten up the core rules to continually improve the game. 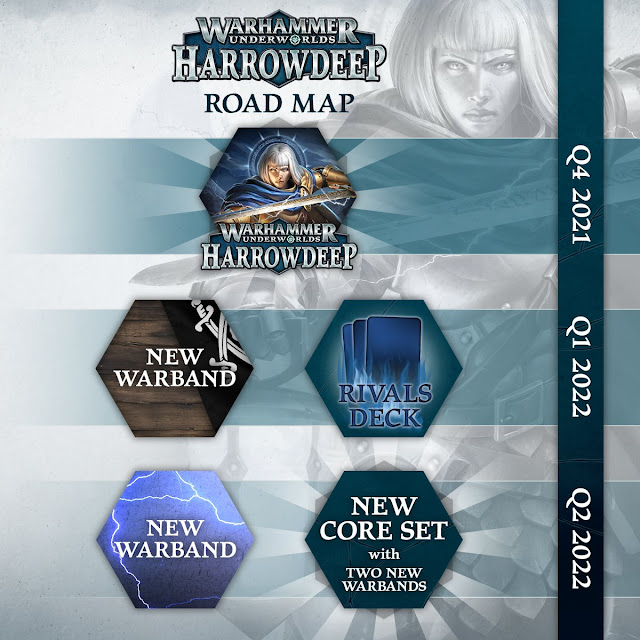 Take a look at this, our first glimpse of the next warband to come after Harrowdeep. 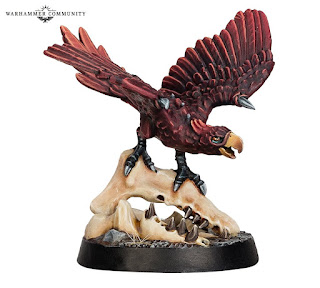