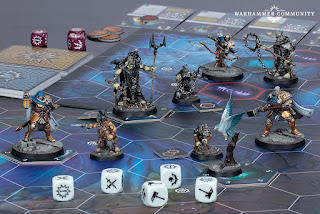 The second warband in Harrowdeep is Da Kunnin’ Krew. Teaming up and isolating other warriors seems to be the tactics for them, lets see how they will fare up with a look at a couple of their cards.
via WarCom
https://www.warhammer-community.com/2021/10/13/how-to-gang-up-on-your-enemies-and-stick-em-good-with-da-kunnin-krew-in-harrowdeep/

Da Kunnin’ Krew fight on their own terms – they try to isolate and eliminate fighters by gangin’ up on ’em and stickin’ ’em good, all while protecting their own skins. What they lack in raw power compared with some of the other orruk warbands, they more than make up for with kunnin’.

Support is everything to Da Kunnin’ Krew. The most important step to mastery with this warband is learning how to set up your fighters so that you can get at least one supporting fighter for your Attack actions, regardless of how your opponent responds.
The Pain in the Knee ability means that your grots pull double duty in support – and supporting fighters make your warband’s somewhat lacklustre Attack actions more accurate and more damaging, in some cases. A timely Kunnin’ Kommand or Grotpile out of nowhere can doom an enemy fighter to a truly miserable demise! 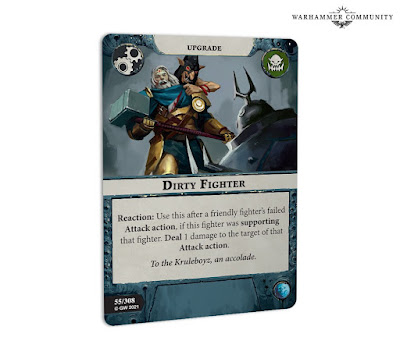 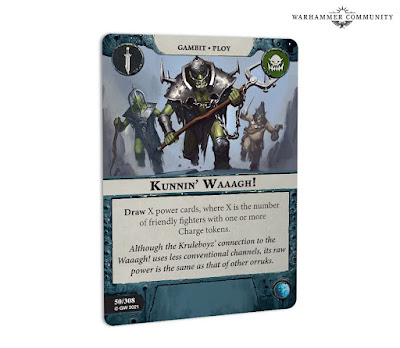 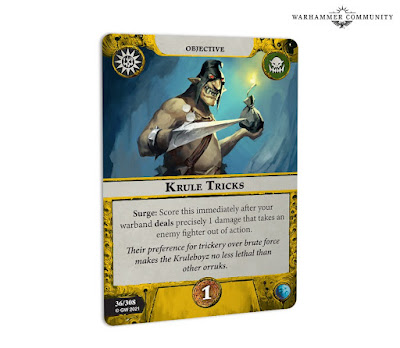