The Defense of Sotha- Exemplary Battles

I didn't want this to fly under the radar for the Horus Heresy this morning. The Battle of Sotha. Im a big fan of these already and here is the second installment. 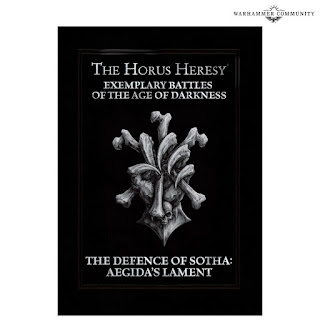 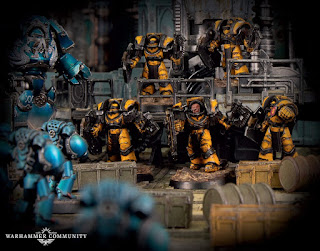 The first battle in this series – The Battle of Pluto: Hydra’s Devastation – pitted the Alpha Legion against the Imperial Fists for control of a key monitoring station on Hydra, Pluto’s moon-fortress, in a three-part mini-campaign.

Well, the Horus Heresy team over at Forge World are back with another action-packed Exemplary Battle. Here’s their studio’s resident Praetor Andy Hoare with more on what awaits.

This month, we’re exploring the Battle of Sotha – a confrontation between the Ultramarines and the Night Lords described in detail in the Horus Heresy novel Pharos, by Guy Haley. We’re continuing the idea of providing rules for a unit that’s quite well known, but which has never had dedicated rules or miniatures because it’s more suitable as a hobby project using miniatures already in the ranges – the Night Lords Atramentar. We’ve also presented a mission inspired by the story, and even if you don’t play Night Lords or Ultramarines, you should still feel free to give this a go with whatever forces you have to hand. 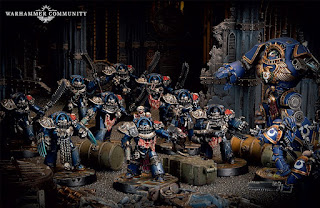 Thanks, Andy. To whet your appetite, here’s a map of the region of Ultramar so you can see how close to the Ultramarines home world this battle takes place. 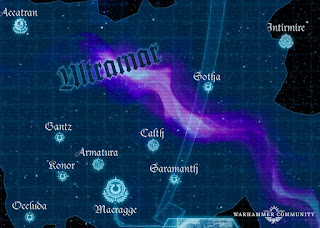 Now you’ve had the starter, tuck into the main course by downloading this free PDF with all the lore and rules for refighting The Defence of Sotha: Aegida’s Lamnet! See below.