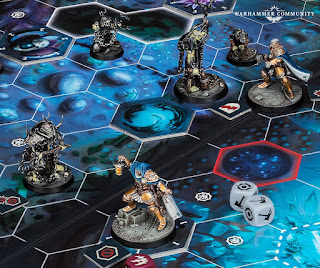 Underworlds better than ever in the new season? Warhammer Underworlds Harrowdeep is coming and promises to take us into the realms of shadow. Lets take a look at some new directions we will see the game take.
via WarCom
https://www.warhammer-community.com/2021/09/30/the-new-rules-that-make-warhammer-underworlds-better-than-ever/
Gloom

The Realm of Shadow will affect how games are played. For instance, the mists and murk of Harrowdeep are reflected by new gloom tokens. If one of your fighters stands on one of these tokens, they are enveloped by the darkness and can count double support rolls as a success on their defence dice. That means that they’re more likely to shrug off any incoming attacks and survive to be able to wreak some terrible revenge on whoever was foolish enough to attack them.
Since all of the feature tokens now begin the game as gloom hex tokens,* there will be lots of potential cover as you sneak your way across the board. 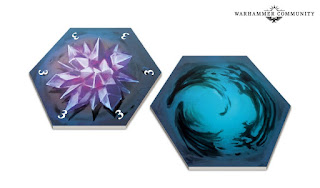 Alongside the universal and warband-specific cards that you know and love, Harrowdeep introduces new objectives, ploys, spells, and upgrades that are specific to each of the four Grand Alliances. Only warbands which belong to a particular Grand Alliance can use these cards in their decks. For example, Da Kunnin’ Krew can include Grand Alliance: Destruction cards, along with their warband-specific cards or universal ones. This gives you even more flexibility when creating your decks and makes it easier than ever before to build the glory-filled deck of your dreams. 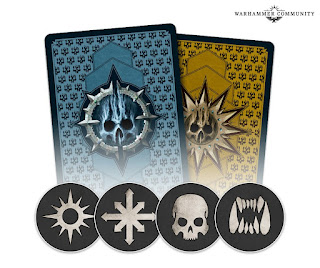 Harrowdeep introduces a number of new keywords – some just make gameplay clearer, while others add new tactical options. Fighters with a single wound remaining are now vulnerable, and there are new power cards that can help you if your fighter is on their last legs. The Grievous keyword has been added to weapons that do extra damage on a critical hit, while weapons with the Stagger keyword give your target a Stagger token. Not only does this remove the enemy fighter’s Guard tokens but, if you attack that fighter again, you can re-roll one of your attack dice – perfect for whittling down a hardy warrior such as Kainan. 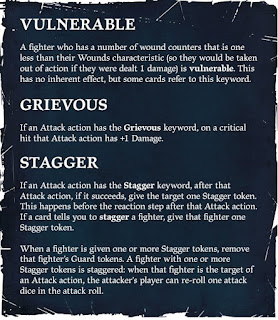 As any Warhammer Underworlds player knows, upgrades are often the margin between victory and defeat. However, in Harrowdeep not everything is as it seems. The new Illusion upgrades might not cost any glory when you apply them, but if your fighter takes any damage they lose the upgrade. How will you balance that risk/reward? 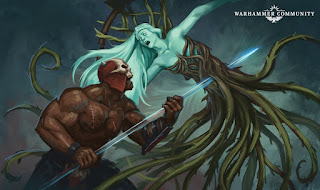 Harrowdeep introduces a new format called Rivals, which makes Warhammer Underworlds easier to get into than ever before thanks to its pre-made decks.