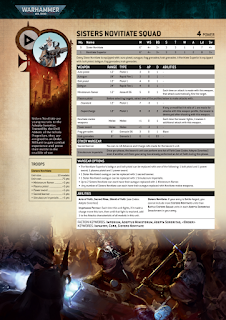 One of the best things about Kill Team is taking your squads from Kill Team to put them into 40k. If you don't think so.... well, it used to be that other GW games did not cross over like this and you'd use them as something else instead.

Oh yea, see what they say today about a new Tau Codex! its in bold.

Kill Team: Chalnath is available for pre-order on Saturday, and while the new Sisters Novitiate and upgraded T’au Pathfinders are duking it out in the killzone, you might wonder if they’ll be able to take their tiff onto the battlefields of Warhammer 40,000*. They absolutely can, and we have the rules for the Adepta Sororitas’ newest inductees right here.

Despite a relative lack of experience, Novitiates are just as accurate in shooting as their full-fledged Battle Sister comrades – but it’s in melee combat where they truly shine. By swapping their autoguns for Novitiate melee weapons, they can swing three times when charging, with a crucial extra point of Strength to put the hurt on the likes of Drukhari raiders, smaller Tyranid bioforms, and other light targets. Not only that, their charges become more reliable when fighting under a sacred banner. 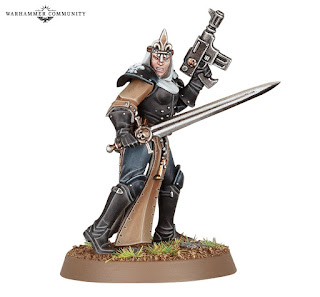 Once they’re within a sword stroke’s distance, a burst of divine fervour can ensure that their attacks hit home. 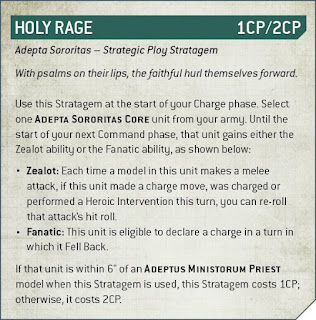 Although they aren’t the sturdiest of warriors, Sisters Novitiate excel at supporting more valuable units. Their preference for close-ranged combat and cut-price points cost makes them good at holding objectives in the backfield, freeing up fully-fledged Battle Sisters to make better use of their power armour on the front lines. 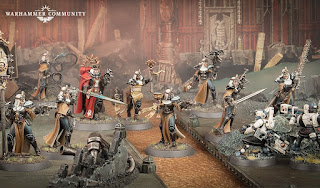 On the T’au side, the snazzy upgraded Pathfinders can be used as a normal unit in your T’au army. Their kit won’t remain ornamental for long, though – brand new options for Pathfinders will be arriving in an upcoming codex. In fact, Fire Caste commanders among you will be excited to discover that it’s one of the first new codexes coming in 2022. 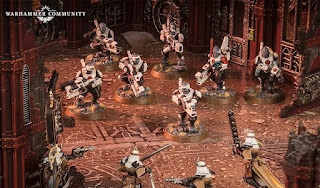 The kill teams aren’t the only part of Chalnath seeing big-battlefield action either. The terrain itself is perfect for Warhammer 40,000. Veteran hobbyists will have graced their tables with these ruins in the past, and by popular demand they’re returning once again to block line of sight and look good doing it.

In fact, with just a few more bits and pieces like the Munitorum Armoured Containers and Sector Mechanicum range, you’ll have a dramatic battlefield in no time. 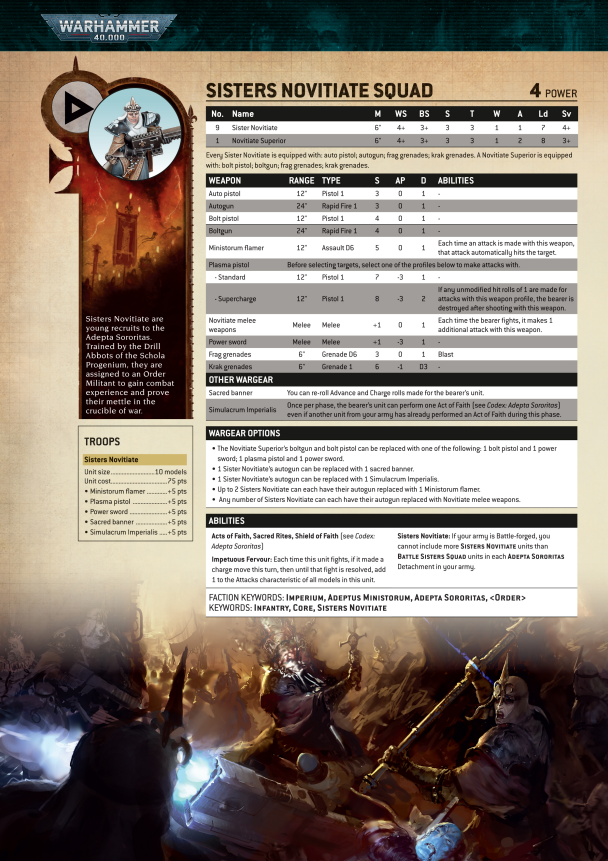