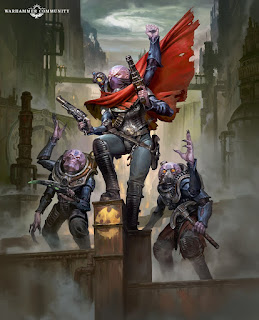 Day of Ascension pits a Adeptus Mechanicus radical against the rulers of a forgeworld- through the use of a Genestealer Cult? This looks interesting. 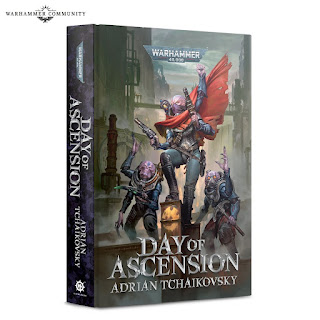 This unassuming world is the setting for the latest star author to write for Black Library – the Arthur C Clarke Award-winning Adrian Tchaikovsky. He’s crash-landing onto our shelves next year with Day of Ascension, a spine-chilling exploration of what happens to a forge world when a Genestealer Cult comes to town. Expect a scintillating clash between flesh and machine as cog meets claw in a desperate battle for survival.
Our hero is genetor Gammat Triskellian, a magos biologis who seeks to end the stagnant corruption that has overtaken Morod. When he learns of a twisted congregation operating within the shadows, one which believes that the Tech-Priests are keeping the people from their true salvation – a long-prophesied union with angels – he sees in them an opportunity. He hatches a plan to use them to bring down Morod’s masters and reclaim the world in the name of progress.
Triskellian is something of a radical who wants to tear down the inflexible and inefficient rulers of Morod. But his isn’t the only point of view in the novel – we’ll also be seeing the cult through the eyes of one of its adherents as the titular day draws inexorably closer.