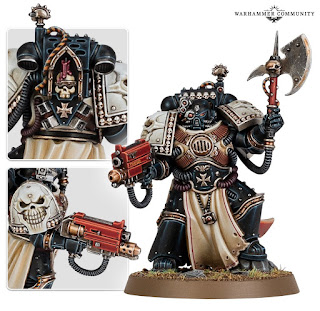 This is a big reveal for the Black Templar and with the exception of the codex cover (still don't like that odd disproportioned body), it all look awesome. This is what you were waiting to see if you are Black Templar player. Its been a long time coming.
via WarCom

What an impressively zealous contingent of Space Marines.
You’ll no doubt recognise High Marshal Helbrecht and the grizzled High Chaplain Grimaldus, who look like they’ve walked right off pieces of classic Warhammer 40,000 art. But what about all those others?
If you watched the video closely – and we have many times – you may have seen a retinue of hitherto unseen miniatures, including more than a few nods and winks to Black Templars from the past. 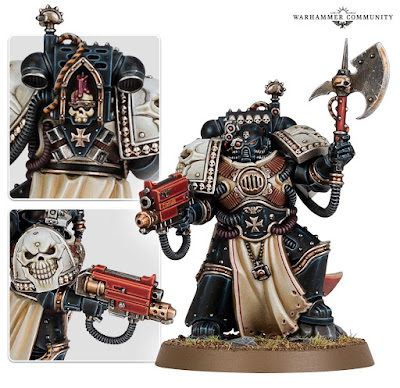 Here we have the Castellan – effectively a fancy-pants Black Templars lieutenant – based on an inimitable piece of Black Templars art, providing a radically different look to your average Space Marine thanks to his skeletal pauldrons, all that piping, and the unconventional armour design.* 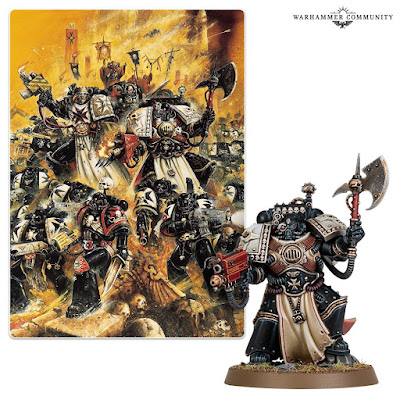 The Sword Brethren have also had an almighty glow-up. This elite squad can wield a diverse array of melee weapons, including thunder hammers and lightning claws, to beat and slash some faith into the most formidable opponents. 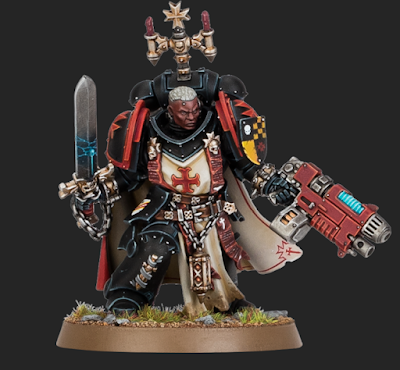 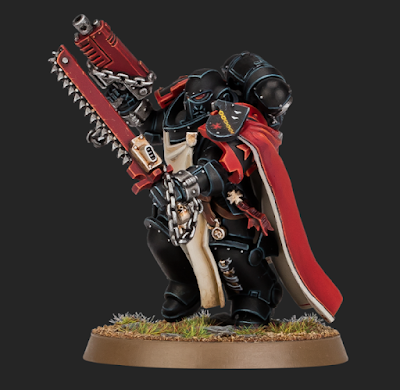 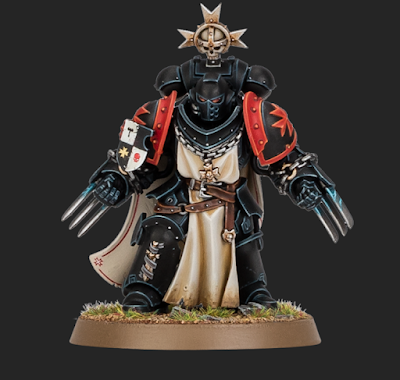 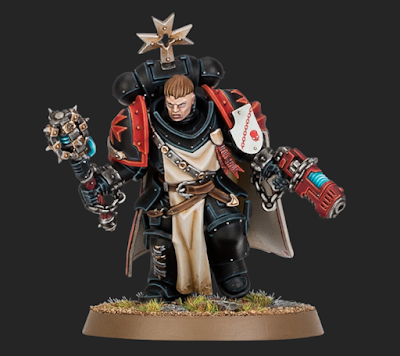 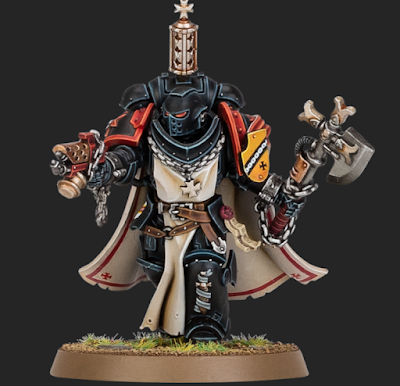 Even among the Adeptus Astartes, the Black Templars are inordinately devout. They simply adore excessive iconography, including sacred candles, the bones of martyrs,  and handy chains so your fellas will never lose their weapons again! 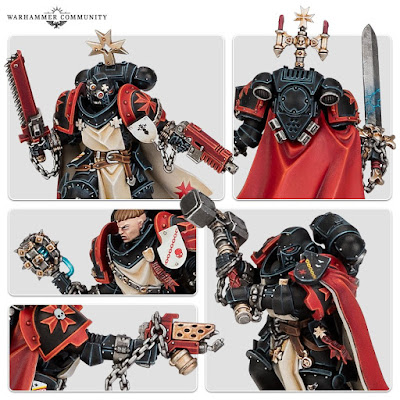 To represent this look across all of your army, you can get your hands on an upgrade frame packed full of details you can add to your regular Primaris Space Marines. 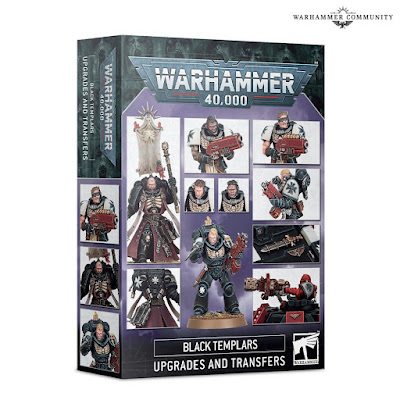 Outfit any Adeptus Astartes squad with custom pauldrons, cover your Assault Intercessors with honorific ribbons, and equip a Repulsor with a multi-melta – a weapon that the Templars favour for its ferocity. 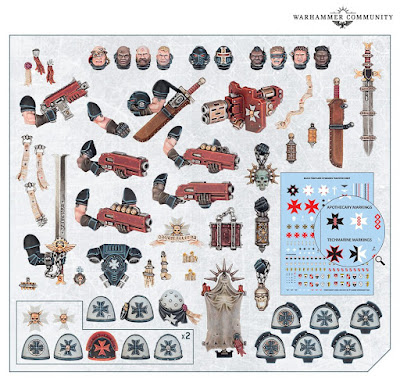 In a first for an upgrade sprue, you’ll also be able to equip the Relics you collect in your Crusade missions on your Heroes for that fervent narrative touch. 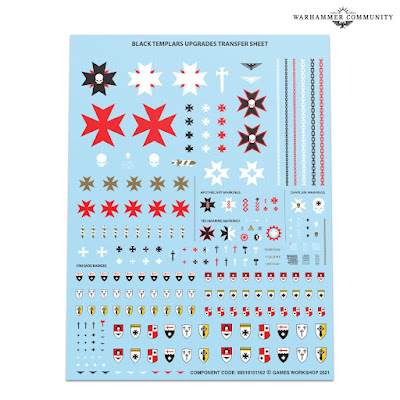 Also included in the upgrade kit are 240 transfers, so you can really demonstrate how impassioned your Black Templars are. 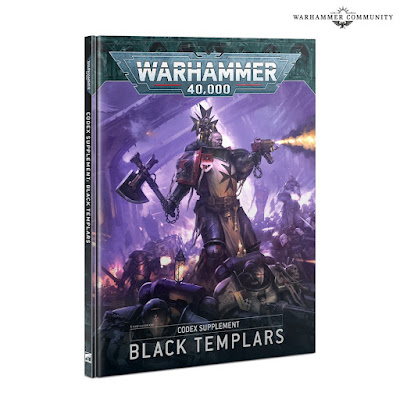 While we’re talking about Passions, the Black Templars codex supplement is full of rules that make these over-enthusiastic knights shine through the grime of the battlefield. 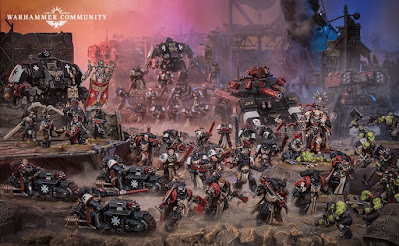 For anyone whose questing has their diary blocked out for a few weeks, the miniatures contained within will be along separately in a few weeks, alongside a standard version of the codex supplement.
We’ll be taking a look at their new rules throughout the week, which cover all the ways this unconventional successor Chapter wages wars.
All of this will be following shortly after the release of The Black Templars Army Set. As with the Kill Team: Octarius box, we’ll be running a pre-order promise for the whole weekend. Watch out for more about how it will work later in the week – but, rest assured, no Black Templars fans will be left behind.