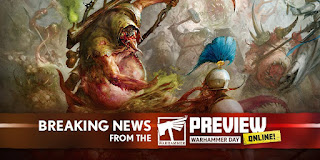 Age of Sigmar reveals are focused on the Maggotkin of Nurgle.

Nurgle’s time has come, at long last, and the Maggotkin have claimed the next battletome release for their own. 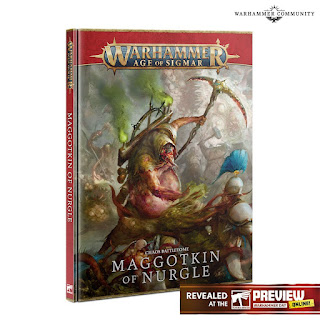 The followers of the Lord of Pestilence have waited a long time for this update, but in return they’re getting some incredibly fun and thematic new abilities. The grossest is the Diseased battle trait, an army-wide ability that withers any enemy units that are nearby or that have taken damage from Diseased Weapons. 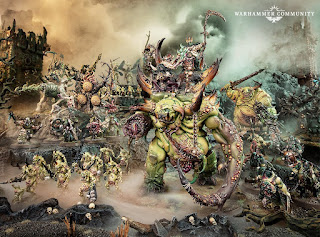 Facing off against an army dedicated to Nurgle should be daunting, and now it feels that way. The various plagues and contagions have more impact, and the troops are just as hard to put down. Even more so if you bring along their most powerful daemon, the so-called Loci of Fecundity.

As with all the new battletome updates for this edition of Warhammer Age of Sigmar, you’ll find an extensive set of Path to Glory rules that represent the unusual goals of Maggotkin armies. They’re more concerned with spreading the ‘gifts’ of their patron god than conquering territory in the traditional sense. How kind of them.

While the current range of Maggotkin models is both amazing and disgusting, this update also brings along a brand new miniature that’s a feast for the eyes… if not the nose. 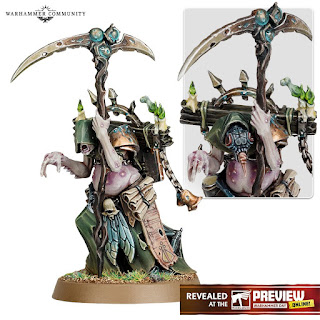 Sorcerer, an amalgam of human and fly, is a truly unsettling masterpiece of Nurgle’s dubious generosity. It’s also a brilliant update of a classic model, and it fits in perfectly with the existing Nurgle range.

Mark your calendars for December, when we expect the new battletome to arrive – just in time for Grandfather Nurgle to spread his sickening gifts to the world. Keep a single, rheumy eye peeled for more news about the Maggotkin, and we’ll keep you informed. 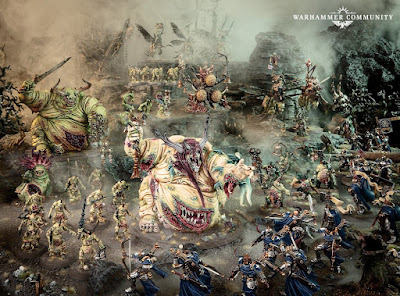