What's On Your Table: Space Marines

Submit to What's On Your Table by sending in up to 8 images of what you are working on in our wargaming miniature hobby. Send them to natfka@live.com

Still not much progress on getting anything painted, but making real progress on the kitbashing front: What we have here are a Slash Cannoness for my Order of the Bloody Rose, a Gravis Captain converted from Tor Garradon

(I've since given him a Deathwatch paldron), a whooole bunch of Ultramarines as I found myself inspired by Swords of Calth and the Primaris-ised Uriel Ventris (which in turn led me down this mad idea of A) having all of the force wearing their helmets - because that's how I'd built Guilleman - and B) getting old-school with back banners ag-go), parts of my Primaris Space Wolves project, a Crimson Fists Captain based on Sgt Jovan, and finally a few more Tempestus Scions to pad out a Tempestus drop force.

And just an aside - my lack of painting is due mainly to still being in the recovery stages of spinal surgery a few years ago - as a result moving the junk in the way of my painting area tends to be debilitating in the aftermath. My next stretch of leave I plan on keeping some time aside to have a real sort out..... 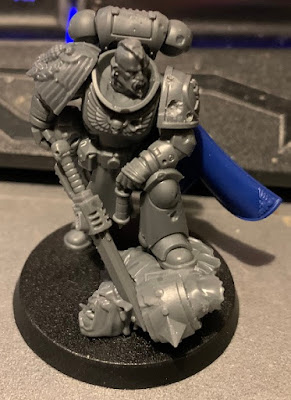 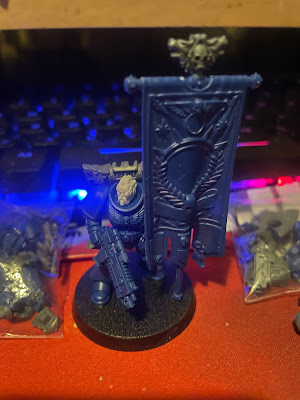 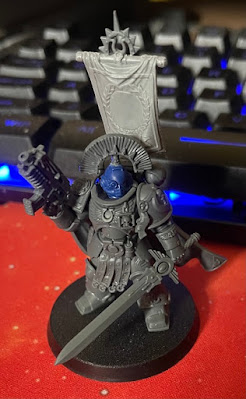 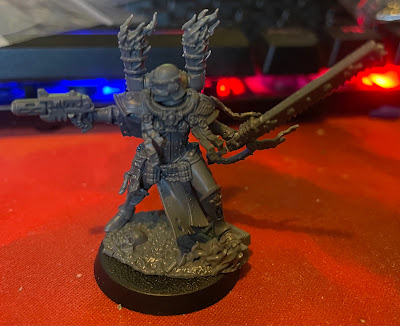