What's On Your Table: Renegade Guard 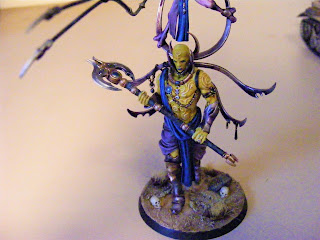 Submit to What's On Your Table by sending in up to 8 images of what you are working on in our wargaming miniature hobby. Send them to natfka@live.com

Here are some pictures of a few projects I finished last year. I have a large force of renegade guard with varying degrees of chaos corruption (meaning most of them look very similar to regular guard!). I decided they needed some daemonic inspiration, which led me to adding the two daemon princes.

I enjoyed painting Syl'Esske and was inspired by another person's model I saw online. The other daemon prince I call the shimmering one. I wanted him to represent Tzeentch but also be different from most Tzeentch daemons. So, I replaced his staff with a bloody cleaver, which I think makes him all the more menacing with the emotionless mask covering his face. The psyker was a fun diversion and I am happy with how his face came out.

Lastly, I started adding some chaos space marine allies to my collection. I debated over the new models or going primaris, and again, some online inspiration led me to going with the primaris models. One squad is from Anvil's black ops models and the others are from the new vanguard models. The captain/champion conversion was quite fun finding the right bits to swap. Insignia for the Alpha Legion are from shapeways.
Hope you like and sincerely,
Dustin 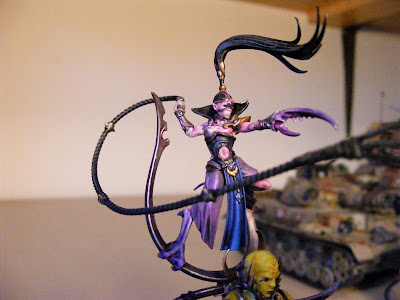 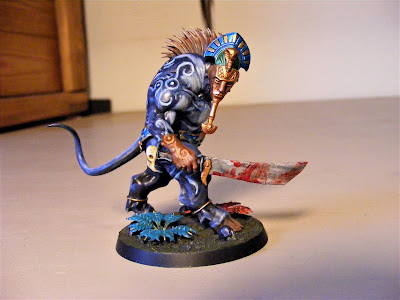 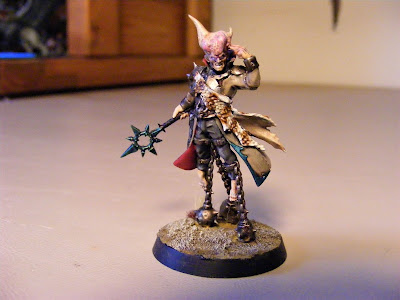 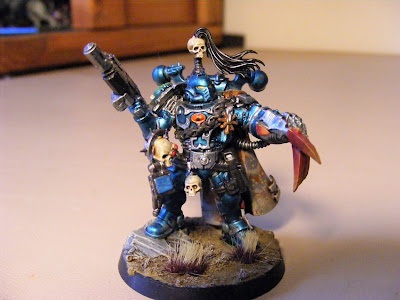 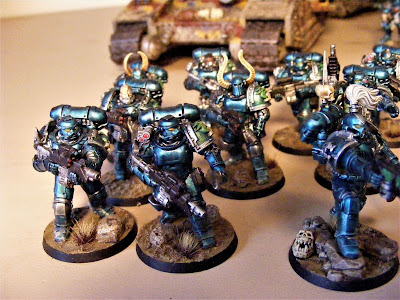 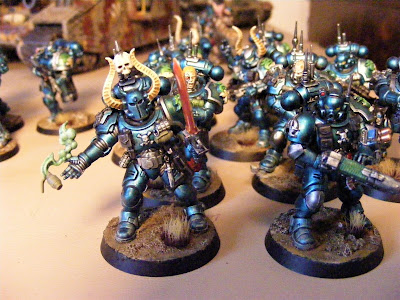 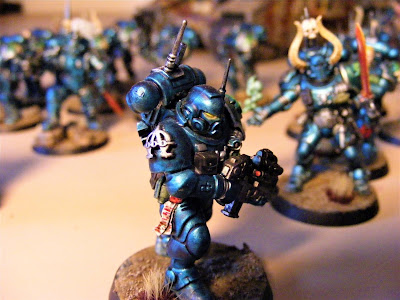