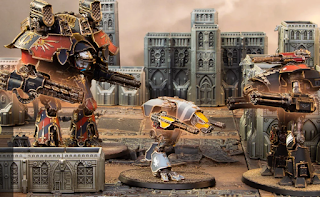 Forgeworld this morning has new weapons of war up today of preorders up for Adeptus Titanicus and Aeronautica Imperialis. 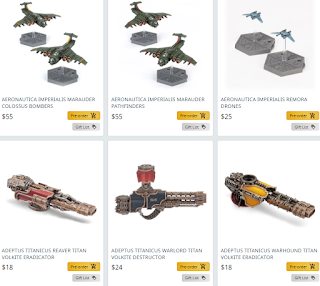 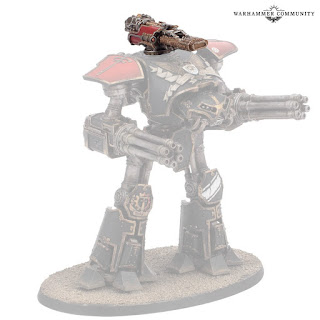 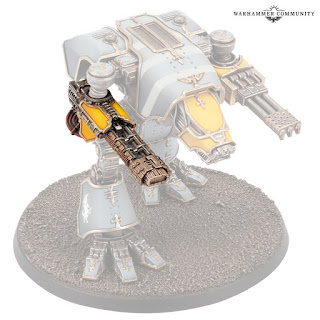 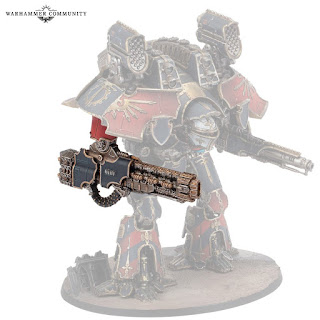 In the early days of the Great Crusade, Volkite weaponry was found across many branches of the Adeptus Astartes and Solar Auxilia, although even the most capable of the Mechanicum’s forges struggled to produce them en masse. Utilising thermal ray technology from before the rise of the Emperor, Volkite weapons could strip through armour and flesh with ease and were even a threat to fully armoured Space Marines.

Particularly large examples of these weapons were sometimes found mounted on Titans, where they were especially effective at stripping away the void shields of enemy war machines. Eradicators, equipped on Warhound and Reaver Titans, and the mighty Destructor, held only by the colossal Warlord Titans, were some of the rarest weapons a maniple could own – and they had the power to match. 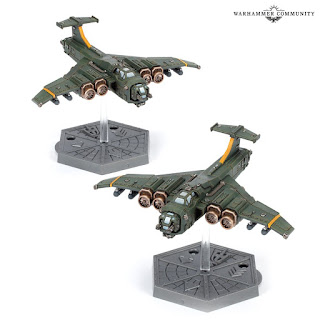 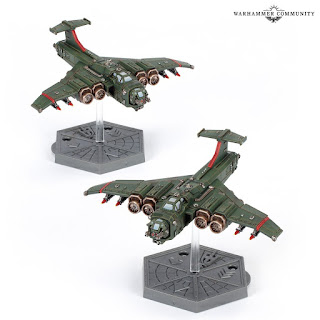 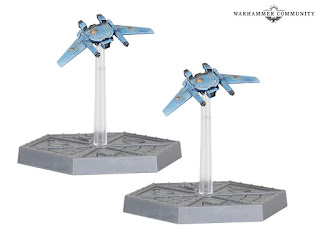 Meanwhile, above the muddy mire of the battlefield, the Imperial Navy’s workhorse bomber is taking to the skies with two new sets of specialist equipment. The Marauder Pathfinder is equipped with long-range sensor and survey equipment vital for keeping an eye on the enemy, while the Marauder Colossus Bomber swaps all of that for a single incredibly large bomb.

That sensor equipment is going to come in handy as the T’au Air Caste are also deploying reinforcements to this battle. Squadrons of Remora Stealth Drone Fighters have been detected in the area, so keep your eyes peeled for any sign of them