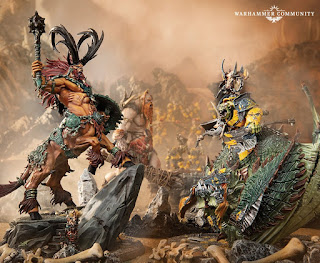 Another preview looking at the new edition of the Age of Sigmar. Heroes and Heroic Actions, Command Points, and Monsters.
via WarCom
https://www.warhammer-community.com/2021/06/03/how-warhammer-age-of-sigmars-new-edition-turns-monsters-and-heroes-up-to-11/

Heroic Actions
These are a totally new type of ability, used in each and every hero phase by both players (or all of them if you’re playing in a big multiplayer brawl). Heroic actions bring fresh tactical opportunities and keep the action flowing for everyone involved.
These rules are different from command abilities – think of them as extra freebies to make your heroes more like the ones you read about in your favourite Warhammer fiction. 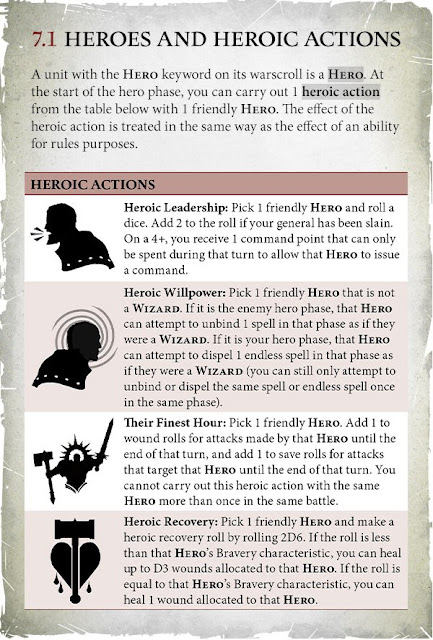 Want to make sure your champion comes out on top in that important duel? Invoke Their Finest Hour so they hit harder. Perhaps you need your last wizard to stay alive until they can cast that devastating endless spell? Use Heroic Recovery to keep them in the fight.
These abilities may seem subtle, but they make your heroes feel that bit more heroic, and they don’t cost any command points to use. Talking of which…
More Command Points
With the updated rules in the new edition, it’s a little harder to decide if you want to go first after winning the priority roll, thanks to a bonus command point going to the player who goes second.

You’ll still earn another point if your general is on the battlefield, bringing your total to either two or three points for most of the battle, before taking any other abilities into account. Those crucial command abilities are also more versatile. 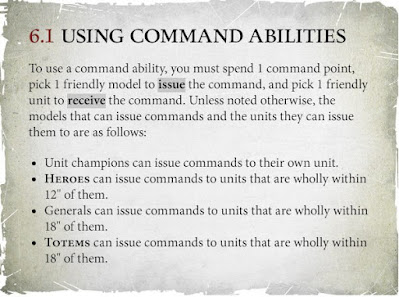 Generals and Totems have a longer range than before, and units led by a champion don’t need a support Hero to escort them into battle for the buffs alone.
Now we’ve had a look at the new abilities for your indomitable Heroes, let’s see how your Monsters are getting even more smashy.
Monstrous Rampages
Some armies are less about noble warriors and more about unleashing slavering beasts or daemonic entities upon their foes. If you like your army to be suitably monstrous, you’re going to like this new edition too, as every single charge phase, each player’s Monsters can go on a monstrous rampage. We’re talking stomping on enemies, smashing terrain to ruins, roaring really loud – you know, all the classic monster stuff. 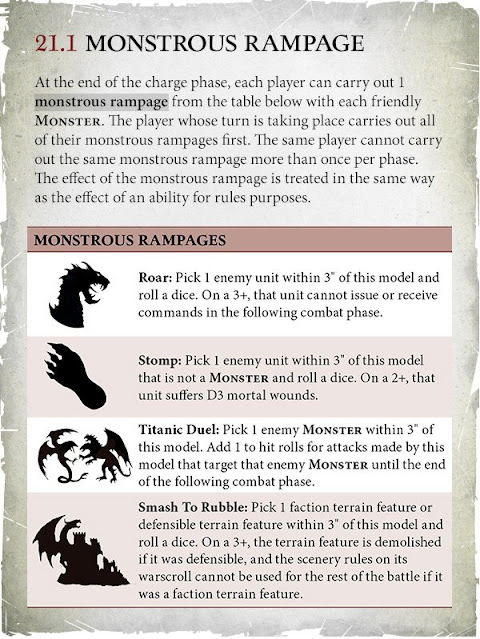 If you have more than four monsters, you’ll have to be strategic about which of your vast horde you send on a monstrous rampage, as you can only carry out each ability once per phase. These rampages make Monster-heavy armies a lot of fun to play, and they’re potentially pretty catastrophic for your opponent.
Between heroic actions, loads of command points to spend, and monstrous rampages, your games are about to feel more cinematic and thrilling. Great care has been taken to make sure both players have things to do in each phase, so there’s less downtime while you wait for the other army to move, then shoot, and so on.