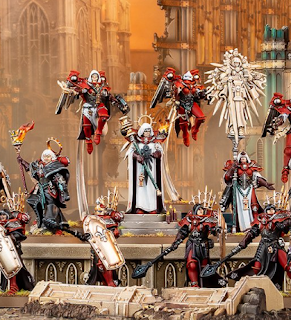 A preview for the Crusade rules for the Adepta Sororitas.
via WarCom
https://www.warhammer-community.com/2021/06/02/elevate-a-sister-of-battle-to-living-saint-status-with-the-crusade-rules-in-codex-adepta-sororitas/

Now your very own Sisters of Battle can take that dangerous journey. By marking one of your Characters as a Saint Potentia, they can embark upon several different trials in an attempt to earn their place among the Emperor’s most powerful servants. 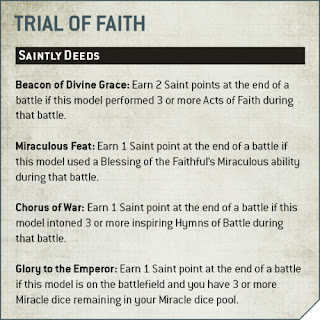 Each time your Saint Potentia completes one of the Saintly deeds associated with their chosen trial, they earn a number of Saint points. Accumulating 10 of these points completes the trial and earns the Saint Potentia a powerful ability. 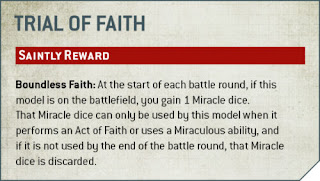 Complete all five of the trials and congratulations – your Saint Potentia is now a Living Saint with a repertoire of abilities mortal soldiers could only dream of. Whether it’s unleashing bursts of pure soulfire or becoming immune to the ravages of Battle Scars, your new Saint will undoubtedly make their mark on the history of the 41st Millennium. Until they’re Martyred that is.

Oh well, maybe they’ll get an entire procession of their own one day.
In addition to unleashing a Living Saint, your force has the opportunity to acquire some powerful Crusade Requisitions and Relics throughout their campaign, including new Battle Traits. 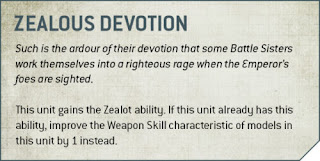 As you might expect from an organisation with an entire Order devoted to hunting and preserving holy treasures, the Crusade Relics on offer have a variety of particularly powerful effects. 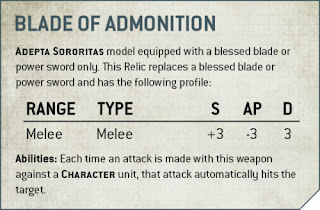 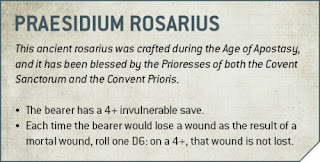 Your Saint Potentia won’t be the only one growing in power as the Crusade goes on. Use Agendas from a new category in Codex: Adepta Sororitas to grant your Sisters additional experience in combat. 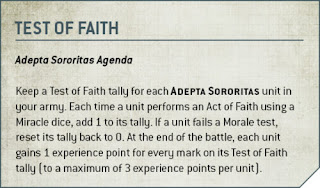 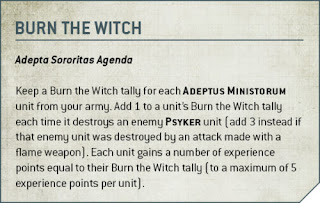