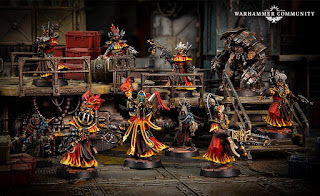 The Rempentionists are looking rather hot. Time to look at some new models coming our way for them.
via WarCom
https://www.warhammer-community.com/2021/06/21/underhive-informant-pray-youre-not-in-klovis-the-redeemers-little-black-book-of-torture/

Unless you’re fresh out of the academy, you’ll have seen Redemptionists being more active, and you’ll have heard the rumours about Klovis the Redeemer that are going around. You’ve probably seen the Enforcer sketch artist’s work on him too. 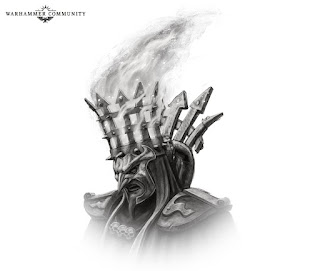 Well, now we have pict captures from our cameras in the underhive. Turns out, he isn’t just an urban legend. Just once, I wish they would be an urban legend – less of a need to call in the Subjugators and less paperwork.
Anyway, make sure you get a good look at him. 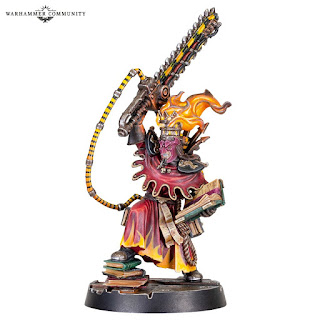 If you think the giant eviscerator he’s carrying is his most dangerous weapon, you need to think again. That book he’s holding is the Liber Excruciatus, and it contains every method of torture the Redeemer has ever carried out.
In the heat of battle, he’s been known to open it and read out some of the horrific things he’s done to scare off his foes. 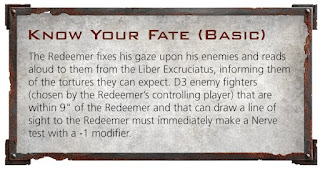 We’re still waiting for some more earplugs to come in, so my advice is to keep your distance. Plus, that’ll keep you out of reach of his flaming hat.
If you’re wondering who writes down all of those disgusting acts, look no further than Klovis the Redeemer’s sidekick – Deacon Malakev. He’s always found scurrying around after his master, and we’ve got some pict grabs of him too. 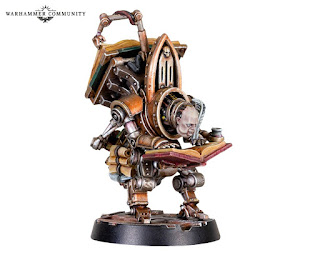 As well as being his dedicated follower, Malakev is also the Redeemer’s personal bodyguard. He’s happy to give his life to save his master.

So much for just popping Klovis in the head with a sniper rifle. Fortunately, he’s a House Agent, so will only join Cawdor gangs that successfully petition him for aid, and he’s unlikely to help any gangs that already have a high reputation.